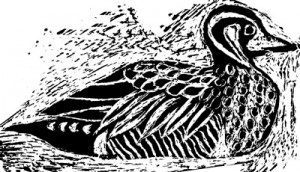 Walking alongside the river, the Hero motions for his guards to move back, so that you can talk in private.

“Many thanks for the assistance, friend, I was so worried I’d end up with a dud Apprentice again!”

Still unsure as to what’s actually going on, you ask, “Who exactly are you? And what’s your game? Is this all for some kind of TV show, a competition or something?”

The Hero laughs, it’s a great big booming sound, which you’re sure causes a few extra waves to cross the river. “Television? Me? When would I get the time to do television? No, no, I’m just your plain old garden variety Hero, here in Brisbane to complete my assigned Quest. You can’t tell me you haven’t noticed what’s been going on around here?

You think back over the last few weeks; there have been some odd occurrences reported on the news. Public gardens have been torn up overnight, cafés have had their chairs stolen so no one can sit down to eat, and someone even put a giant pole through the spokes of the Wheel of Brisbane so it couldn’t turn for almost a week.

“You’re saying a Dark Legion is doing all of these awful things? Why would they want to ruin Brisbane?”

“The Dark Legion are a very evil group, a collective of the most repugnant of characters which has banded together to take away all the light and happiness from a place. Look around, even the community garden isn’t safe.”

You look down at the herb garden beside you, only now noticing the wilted leaves and scraps of rubbish that now inhabit what was once a flourishing garden bed.

“No one knows who they are, which is what makes them so hard to stop and why the city has called me in. But I need a set of brains to accompany my brawns on this expedition – ” The Hero stops mid-sentence, staring at the river. “Duck, quick!” He pushes you down to the ground.
You attempt to look for danger but see nothing but pavement.

“I am ducking!” you snap, face to the ground, thinking you can tell why the Hero needs a few brains to help him along.

“No, look!” He points a meaty finger at a lone duck bobbing on the river, seemingly swimming in your direction. “Birds are the spies of the Dark Legion! They are stealthy and silent and worst of all, are naturally equipped with the weapons of beaks! We have been spotted, quick, we must run!”

You don’t have time to even question running from a harmless duck, the Hero has already taken off without you, running up the river towards the Wheel of Brisbane. He comes to a fork in the path, a stepped path leading upwards and inland, or the continuing path along the river.

“You must, you are the brains!” This Hero is very reliant on role descriptions.

Bank on you. You start to run.

One (Nepalese Pagoda): Along the river path in front of you, East, and run towards the Nepalese Pagoda to hide out and build a plan away from prying eyes?

Two (ABC Building): Inland, to the cultural forecourt where you can hide in plain sight and get lost in the crowds of tourists in front of the ABC building?