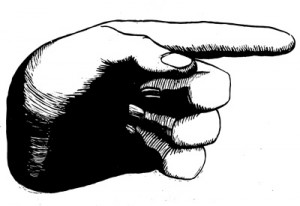 You stand on the busy footpath, looking across at the giant Cicada nestled in the gardens at the entrance to the busway. Traffic whooshes past you, pedestrians push around you and beeps and buzzes from the nearby lifts and crossings fill your head.

“How are we possibly going to talk to it?” you ask the Hero, “I can barely hear myself think!”

“I’ve heard he doesn’t talk at all” You look at him in exasperation. Seriously? How were you supposed to work with that?

“What use would that be?” you ask.

“Helloo!” the Hero calls out ignoring you, “We’ve come for some advice!”

You wait, but nothing happens. You can’t shake the feeling that you’re standing in a very public place, talking to a piece of abstract art like a lunatic.

“It is sometimes best to speak to new friends in their own language,” the Hero says assuredly. He cups his hands to his mouth, letting out a shrill, trilling hum. He waits, hand cocked to ear, for a reply. There is none.

“Perhaps we should leave him be.” You urge gently, trying to tug the Hero away.

You both trill a small goodbye to the cicada, and turn to leave. Before you can take a step, the ground rumbles and your bones quake with the loudest, ringing cicada sound you have ever heard. You turn back. The cicada has lifted its wings, spreading them out in the light and flashing bright with hues of purple, blue and green.

The Hero laughs, “He might have run out of things to say, but he still wants attention!”

The Cicada flaps one of it’s beautifully colour wings, pointing East and trilling with urgency.

“I think he’s telling us to go back the way we came,” you say.

The two of you are about to head off when the Cicada moves again, flapping it’s other wing.

“No, no,” says the Hero, “He was clearly then pointing to the West.” We must continue this direction!” He pulls you towards the lifts that will take you up to the overpass.

The two of you pull back and forth in a battle that you know you won’t win when you see four large crows land at the feet of the Cicada.

“Uh oh,” you point them out to the Hero, “I think the Dark Legion have followed us here.”

As you speak, the Cicada looks down at the birds somewhat disdainfully, and within a second gobbles the two of them up, downing them in one gulp each.

“I don’t think this guy will circum to the Dark Legion anytime soon.”

You need to decide which way the Cicada was directing you.

One (Stanley Place): Walk East down Grey Street and cross into the square opposite Max Brenner in Stanley Plaza where you find an Oracle dangling precariously above your heads?

Two (Sisters Statue): Walk across the overpass to the Queensland Art Gallery gardens behind the busway, stopping to look at the two female figures of the Sisters statue next to the water feature?