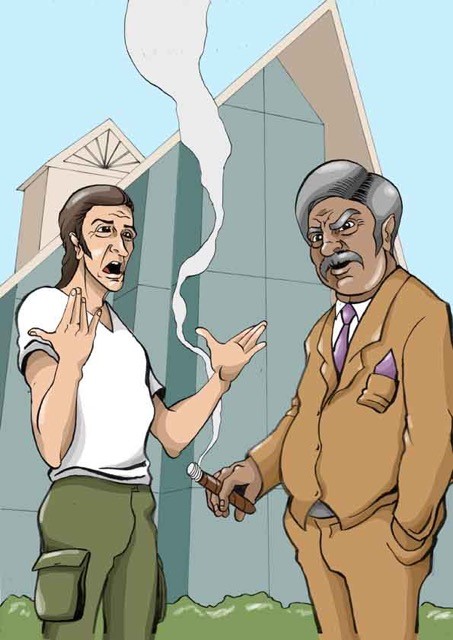 You’re barely aware of the Coomera River fringed with multi-storied-homes shimmering before you. A refreshing offshore breeze licks your bare arms and legs as a nasty realisation slowly takes hold – you really really can’t stand Barry’s sideburns. In fact, you struggle to find anything appealing about this wannabe has-been. With Barry out of the picture, you’ll be Delilah’s favourite again, first in line for any fortune and best of all, never have to sit through one of his cheese-a-rama stage shows ever again. Hallelujah!

You’re anxious to investigate your chapel theory before anyone else does when Fergus blunders up grinning inanely at you. Good grief, can’t he leave you alone for five minutes?

In spite of his annoying presence, you immediately warm to the honey-coloured sandstone entrance with its funky alien style lights but it’s the soaring opera house-shaped glass facade that leaves you breathless. You head around for a closer look when you spy Luigi, the wedding celebrant you met last night, by the gated fence. His hair-do is even less convincing than Barry’s lacquered Elvis-coif.

He’s barking instructions at a wisp of a man in khaki pants. They’re discussing someone named, Phil. Luigi falls silent the minute he spots you. Before you can ask them if they know anything about the missing bouquet, Khaki Pants blurts out, “That pirate can’t be trusted! He’ll turn for sure.”

Pirate? Could a pirate named, Phil have seized the rings? Or is this just another one of Barry’s lame wedding ideas. You’re not sure you want to be part of another pirate story (they seem so yesterday), but it could be fun. There might even be a reward, there’s always a reward, right?

You ask Luigi, “Where be this pirate?”

Irritation clouds his face. “How would I know? Can’t you see I’m preparing for a wedding? I don’t have time for this sort of interruption!” He glares at you and Fergus who is flouncing frantically at your heels.

“That’s enough, Fergus,” you dismiss his frenzied yapping and plaintive look. He sprints a short way up the road, then hurtles back to you barking as though Martians were abducting his doggy-bites. Too bad, you don’t speak goofball. He dashes off again, ears flapping madly as he galumphs away from the chapel.

Outdoor Chess Set: Set off on your pirate-seeking adventure? Even if the gate by the chapel wasn’t locked, you’re reluctant to show Luigi how thrilled you are about the prospect of buccaneering so you head left, up to the lawn in front of the rooms overlooking the chapel then trot down the dirt path until you are standing under the impressive glass façade. You follow the path along the waterfront before veering right and cutting across the grassed area dotted with coffee-coloured covered cabanas to the lagoon. You head right, around the beach to The Pool House, pulling up by the alfresco lounge area surrounding a Gulliver-sized outdoor chess set.  Just as you’re contemplating the cushioned lounges, Fergus reappears.

Trawler Pier H: Decide swabbing decks was never your style, besides there’s something unsettling about Luigi and his super-sized moustache. He’s your closest connection to the wedding bouquet so far, so you decide to keep him under surveillance.  You duck back around to the front of the chapel concealing yourself behind one of the pillars. Sneaking a peek through the glass doors, you see Khaki Pants and Luigi move off, finally. They follow the riverside path past the Poinciana gate, along the hoop pine-lined walkway to Pier H in the marina. You hurry after them, using the thatched Balinese-style huts and palms to remain unseen.