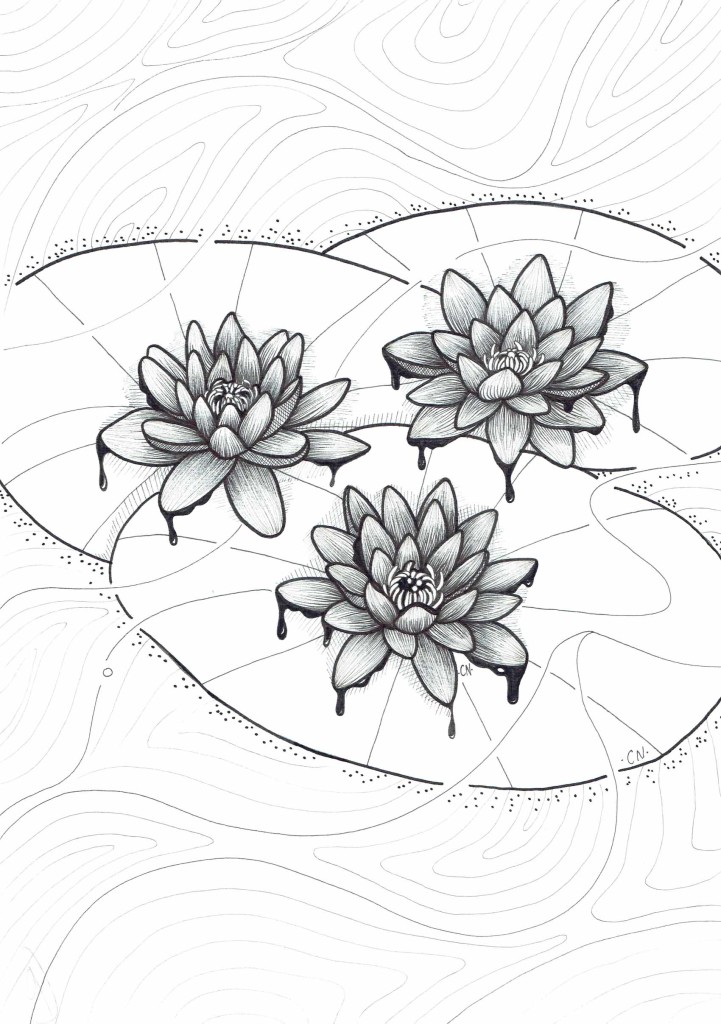 You spot your uncle by the Lotus water ponds outside the auditorium building. He has set up a portable lab on a camping table. There is a thick cable running from the lab, along the ground, to the engine of his blue Volkswagen beetle.

You call out to him but he doesn’t respond so you walk closer. On the bench you can see a linked network of tubes and beakers. There is a glowing purple liquid in one of the beakers and there is smoke rising out of another. There are also two empty beakers.

You raise your hand to tap him on the shoulder but pause. What if he’s infected? That would be a death sentence. No, he would’ve been careful. There’s no way he could be infected. ‘Uncle Frederick,’ you say, tapping him on the shoulder.

He flinches as you touch him and turns. You look into his red, weary eyes as he scratches at his skin. Your heart skips a beat. You were wrong, so very wrong.

You start backing away slowly but you trip over the cable running to the car. Drawn to your movement Uncle Frederick scampers over to you. He looks down at you with wide eyes and then spews blood all over your chest. You cry out and kick him away from you. He falls to the ground and then seems to lose interest in you, scuttling off towards the Australian Rainforest.

With tears in your eyes, you stand up and approach the portable lab. You open the Cure app on your phone and scroll through your list of plants. You click on the Comfrey sample and you look around until you find a green button that says ‘Rematerialise.’ You hold your phone over the first beaker and tap the button. Several large, green furry leaves pop into existence and fall into the beaker.

You repeat the process with the Noni fruit. They fall into the second beaker.

Your arms are shaking, muscles aching, fever building, as you pour water into each beaker and flick the switch on the central console.

After what feels like an eternity there is a ding that sounds like an oven timer and you grab a beaker of greenish liquid. It smells terrible, like someone kept curry in a pair of wet, dirty socks for a couple of weeks. You look at it in disgust and then pinch your nose and take a sip. What better subject than your own infected body?

Instantly you drop to the ground and start convulsing. You shut your eyes and grit your teeth. You feel an intense pressure on your skin and bones, like you are being run over by a steamroller.

When you open your eyes again you are the size of an insect. Blades of grass tower above you like trees and ants slightly larger than yourself scuttle by. Crap. It’s that day in the backyard all over again.