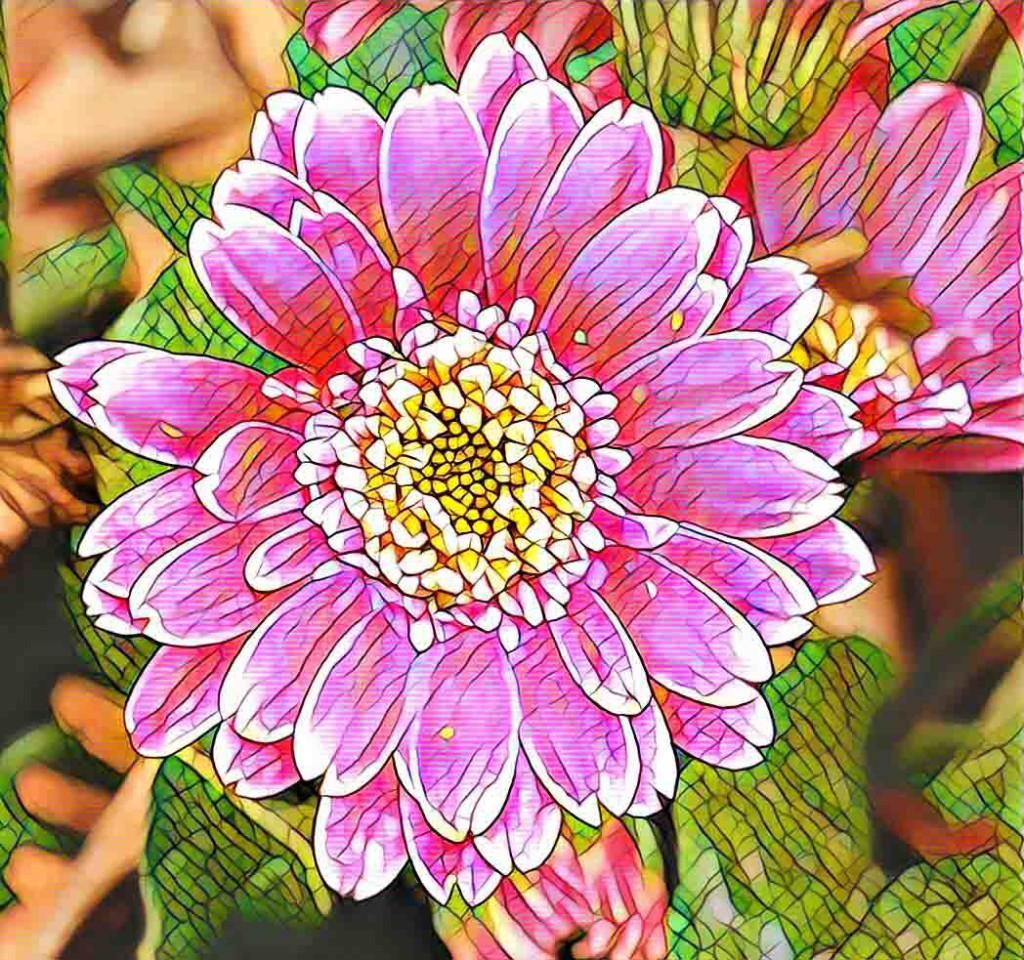 I do not know why it is getting dark. According to your device it is still daytime. It may be that darkness is leaking through the gate from the 15th dimension.

No, I am not an alien. Forget about the rift and dimensions. You need to stay focused.  You chose this location and while it will be stable for some time, you have a large area to search.

Don’t worry about there being more than one shape that looks like omicron.  Use your instincts as a chosen one to help you locate the real omicron.

No I didn’t see the look those gendarme gave you as they pass. Yes it’s possible they are affected but for me to narrow it enough to investigate them via their devices, you need to capture their image. But the information about these officials available on your device suggests they stare at all citizens with the same suspicion. But even if they were affected, they will be unable to recognise you are a chosen one inside of a nexus, so all you need do is avoid accidental contact.

Yes I said A-ffected, not IN-fected, though in this world the difference might be imperceptible.

There’s no time to tell you about what is affecting them.  By the way, Kumiko is trying to reach you. Don’t be ridiculous. I’m not snooping!  I have zero interest in human secrets. I am meshed with your device. Anything moving through it moves though me. I mentioned the text only because you did not react to the alert tone.

No, I am afraid I cannot allow you to go to her. It would take too long and you must remain focused on your quest.

You captured the omicron?  Bon.

The next two locations are near the river. They are the Victoria Bridge and North Quay Ferry Terminal. No I don’t know if you will need to catch a ferry from that location but if you lack the funds to do so, or cannot discover using your device whether a ferry will soon stop there, I would not choose that location.  You must also take into consideration that the public transport system is beginning to breakdown.  However the omicron accessible from that location is strong. The omicron at the other location is strong, too, but not actually on the bridge. It must be visible from it so it may be harder to locate with your device. In addition, there are affected close to one end of the bridge, and although you will be safe while the nexus is stable, because they will be unable to penetrate it, as soon as the nexus collapses, the affected will flow onto the bridge at once attacking anyone in the hope of finding the chosen one. So you will have to run. But they will move slowly.

The real danger is when the affected have twitching hands.  It means they are on the verge of the next step in their metamorphosis. Soon after, their minds will clear and their senses sharpen, not to mention their appetites. The safest thing from now on will be to avoid people altogether unless you are really sure they are not affected.

I hope it is right omicron, too. But there is a slight margin for error built into the quest that allows for missing one omicron, even two if all the others are strong. But I suggest if you miss one, you make a point of capturing an omicron at every other nexus.

That was close! Yes for a moment I thought I had misread the gendarme. But it appears my embarrassment must come from the affected I missed reaching for your shoulder. Yes, yes, I can see now they are struggling. No! You must not help him. The affected will be calling more advanced stages of his kind to infect the officer. You cannot be here when that happens.

Now, choose the next nexus.

Nexus 4D: Victoria Bridge? There are affected near the bridge’s end that will rush in when the nexus collapses, but the omicron there is strong. You’ll find it not on the bridge but somewhere in the vista. If this is your chosen path exit the Gardens at Albert Street and follow Albert until you reach Queen Street Mall. Turn left up the mall and follow the pathways to Victoria Bridge.

Nexus 4E: North Quay Ferry Terminal? It is closer and strong, but you may not be able to use the Ferry to escape when the nexus collapses. If this is your chosen nexus exit the garden at Parliament House, cross Alice Street and follow William Street on the left until you see a set of stairs which will take you to river level. Follow the bikeway to the Ferry Terminal.