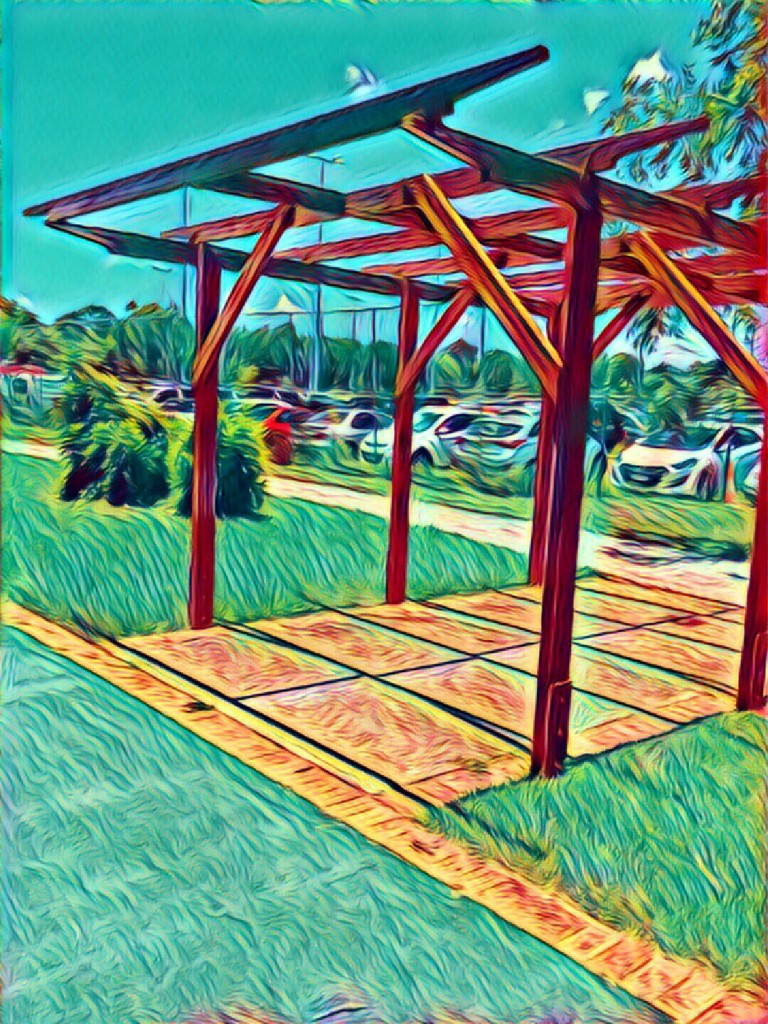 Well it’s not like we haven’t left huge clues that there is space-going missile near here, have we? I mean, see the words ‘T.S. Voyager’ behind the flag pole? The letters stand for The Spacecraft Voyager, which was a probe launched by NASA some years ago to explore space.

Ha. Well I guess he’s got a point there.

Interesting fact for you—the voyager space probe carried a gold plated AV disc on it when it launched in 1977. The disc carried photos of the Earth and its lifeforms, a range of scientific information, spoken greetings and a medley of sounds which included whale song, a baby crying and popular music of the time. We think it’s where they got so much preliminary data about us from.

That… makes a disturbing amount of sense. I don’t know about you but… well call me crazy, but… well look, let’s just keep looking for those codes, okay? I’m starting to think they might be more and more important.

My notes here say that from under the red arches you should be able to see two signs—one is the voyager sign, the second it says is above the blue doors? Both signs have numbers on them—your piece of the launch code for this location is the number that recurs most often across both signs.

You’ll have to figure this one out on your own – my satellite images look down, not sideways. It says the answer is a single digit number. He’s put a circle around the word single, I don’t know if that’s important or not.

When you’re done, write it down and then it says to go through the red arch and left. It’s got a note about exhaust vents disguised as storm water drains on the right hand side of the path, and some sort of coolant pond on the left hand, but don’t stop until you reach the crossroads with the three signs. That’s where the next clue seems to be.