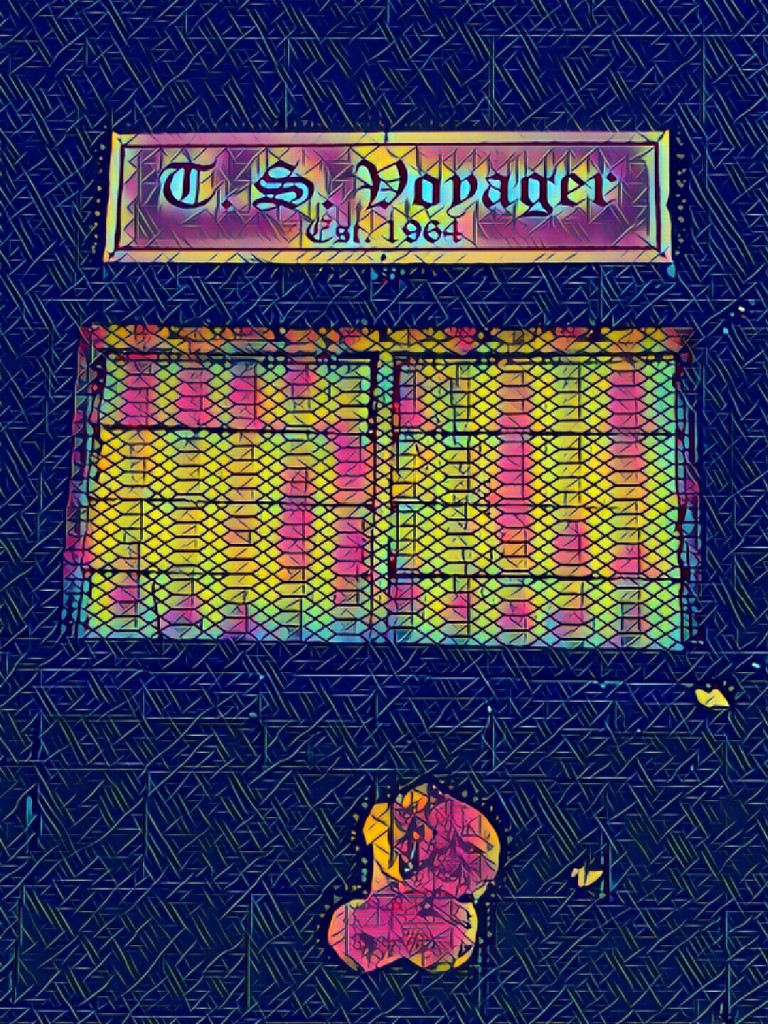 Well it’s not like we haven’t left huge clues that there is space-going missile near here, have we? I mean, see the words ‘T.S. Voyager’ behind the flag pole? The letters stand for The Spacecraft Voyager, which was a probe launched by NASA some years ago to explore space. The only thing more obvious is when your parents try to hide broccoli in mash potato.

Interesting fact for you—the voyager space probe carried a gold plated AV disc on it when it launched in 1977. The disc carried photos of the Earth and its lifeforms, a range of scientific information, spoken greetings and a medley of sounds which included whale song, a baby crying and popular music of the time. We think it’s where they got so much preliminary data about us from. It’s also the reason they attacked—if your home planet was hit by a rocket that had the sound of a baby crying over and over and over on loop, wouldn’t you be annoyed too?