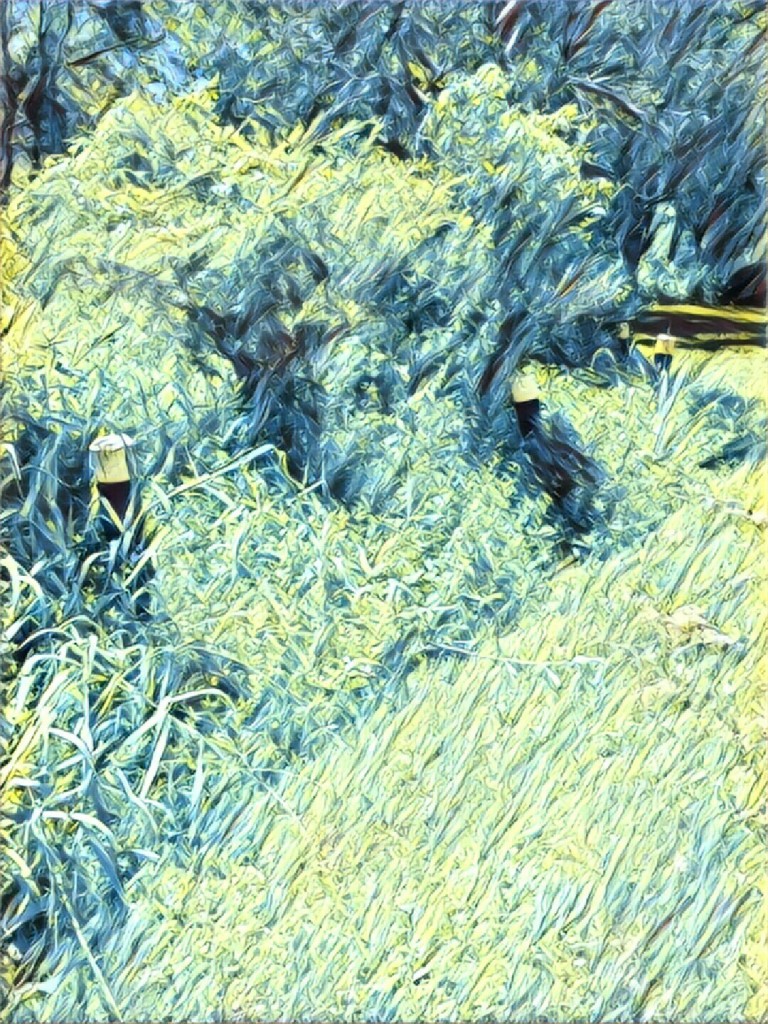 I wonder if it ever occurs to passerby to think about why there’s a random ring of posts just sitting in the ground in the middle of this park. And I wonder, too, if you’ve worked out the answer yet.

We never originally had posts, of course. This was just another piece of lawn. But then we did a test launch. The doors sprung open on their hinges and suddenly a dog was flying through the air like Superman, leash trailing along behind, and its owner was clinging to the rocket screaming as it blasted into the sky. Lucky for them we were only aiming for Tasmania. Now we have guard railings around the launch site to stop people wandering too close.

To get your code for this site, count the number of guard posts around it. Be careful, it’s tricky—some are hidden under vines and it’s easy to forget where you started! Make sure you have someone stand at your starting post, or alternately, you could smear Peanut Butter on your starting pole. Just make sure you do it up high—we wouldn’t want any animals to lick it off before you make your way around.

When you’ve got it, write  down the last digit of the number that you came to.

We’re going to head back to the bridge next, to the green entrance hatch on the other side.