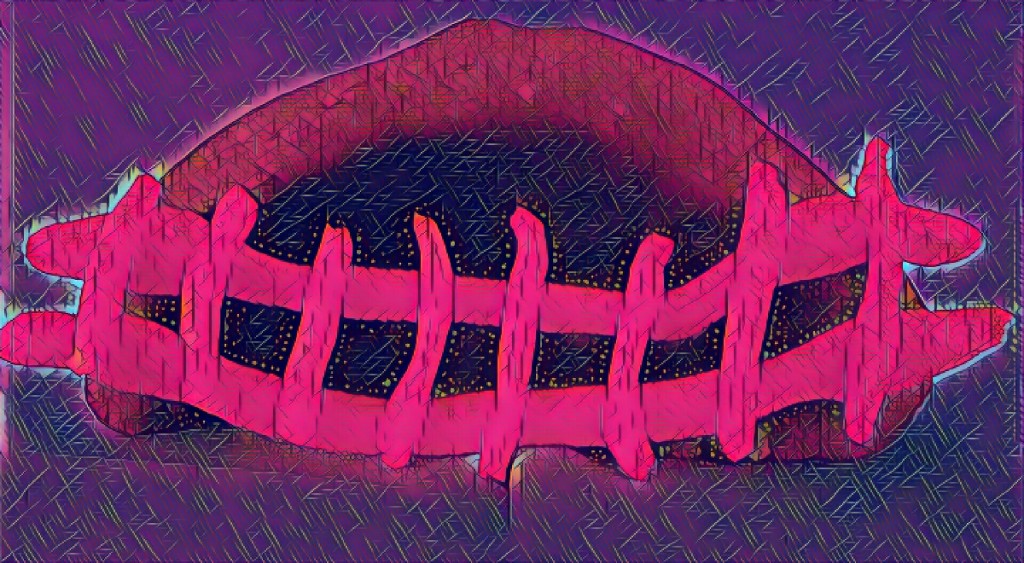 “Here it is, my hyperdrive! What’s that orange stuff on it?” Titania sniffs the netting and takes a bite of it. “Bleurgh!” she says, spitting it out.

“I don’t know what it’s called, but workmen string that stuff over places you’re not supposed to go. For safety,” you explain.

“Good job, too,” says Titania. “If you activated this while inside it you’d be broken up into your constituent atoms, releasing enough energy to blow this whole planet clean across the galaxy!”

You take a step away from the bunker. “What fuel do you use?”

“A type of sticky, brown goo. On Earth you’d call it…” she types into her wristband and the holoscreen flashes the word CHOCOLATE.

“Chocolate? That’s a food!” you exclaim.

“For some! It’s not a traditional food of the Aboriginal people,” she snaps. “They’d have been more likely to feast on roast echidna or dugong. The Aborigines were hunter gatherers, with a great understanding of ‘sustainability’, taking only what they needed to ensure the land and all it provided would remain for future generations.

“Men would hunt, using weapons such as the spear, boomerang and nulla nulla (a type of hunting stick). Women would search for plants and berries, dig for yams and trap small animals like goannas, with the older women teaching the younger ones which plants were poisonous and which were safe to eat.

“Aboriginal people managed their environment well. Particular foods were off the menu at certain times of the year so that a plant or animal species wouldn’t die out. Many tribes had a totem animal which gave them their spiritual identity, and they would not eat that animal.

“Seeds from the grass tree were ground to make flour from which coal-baked damper was made. Seeds from the pepper bush were crushed and rubbed on food to give it a peppery flavour. The leaves of the bush banana were added to other foods to give it a minty taste.

“Contrary to many people’s understanding, many tribes weren’t nomadic. If a food source was plentiful then the people would set up a permanent camp.”

“That doesn’t surprise me.”

Titania looks you up and down and runs an orange and purple spotted tongue around her bugle, before aiming her wristband at the bunker. A 3-D laser grid projects onto the bunker, then retracts into the wristband, taking the bunker with it.

“Come on,” says Titania. “There’s another component over here.”

You follow her down the hill, across the causeway and up the other side, turning left at a sign post and skirting around the edge of the clearing until you arrive at a dam wall.