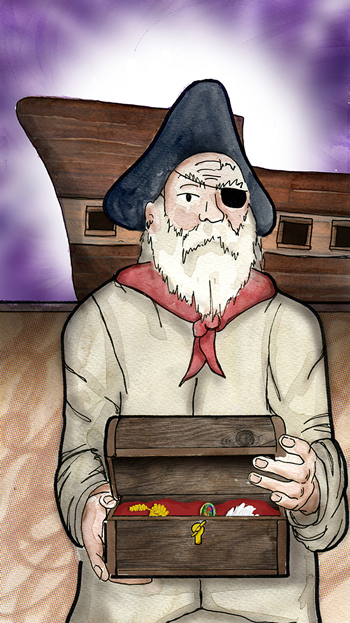 You reach the City of Adelaide ship but are intercepted by an angry mob of Wharfies…not what you need right now!

One of the thugs grabs you by the arm, but you manage to shake him loose and charge toward the ship, where you see John waiting. The ghost trader looks startled as you begin rummaging inside his trench coat; but you have a plan!

Bringing forth some of John’s old wooden toys you turn in time to see the giant doll striding into view.

You throw the toys at the Wharfies, who catch them in confusion.

“TOYS!” the giant doll bellows, turning its attention onto the wide-eyed thugs.

As the Wharfies scatter in terror, you can’t help but laugh as the lumbering doll disappears after them.

You briskly approach the ship, when John appears alongside you.

“Thank you for your help. Maybe I can return to my homeland now and be with my family. I have missed them all these years.”

You reach the Ship, where John pulls out an ornate wooden chest from beneath his trench coat. You hand him the Skeleton Key and he places the charms demanded by the Gypsy inside. It snaps closed with a flash of purple light and as if being sucked into a tiny vortex, before disappearing into thin air.

Yet, as he slowly lifts the patch, his face breaks into a wild grin. The purple eye is no more.

“The curse has been lifted!” He starts dancing up and down the edge of the wharf yelling, “I can see!”

You too can also feel a weight lift off your shoulders. You’ve done it!

“But how will you reconstruct the ship?” you ask as John returns from his joyful spree.

He smiles. “You’re in for a treat.” From the ship, the faint outline of a dozen burly Sailors approach. They collect the remaining charms from you and place them across the ship. Each of the charms glow, before exploding like stars. Before you stands a complete ship, ready to set sail.

A shimmering silhouette of the ship casts off, detaching from the physical embodiment. You watch on until it disappears out of sight, wondering if anyone else has seen what you have. You look around you, noticing nobody.

At your feet, you find a scattering of old wooden toys that must have fallen from John’s coat. A cup and ball, a spinning top, a yoyo and a skipping rope.

You put your phone into your pocket and ponder the simple pleasures that kept people your age occupied in years gone by.

CONGRATULATIONS! You successfully broke the curse and saved yourself and John!

But there are still many other secrets of Port Adelaide to discover! If you’d like to do the adventure again, just head back to the start location on your map! 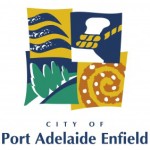