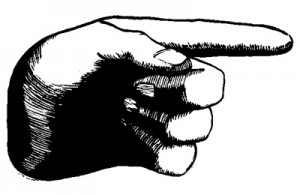 You walk down the lush green grass. Things on this side of South Bank are relatively calm, the fountains trickle around you, the hush emanating from the nearby library and gallery soothes your worried mind.

You lie down on the grass next to a bronze statue. The Hero sits next to you.

You nod, looking up at the two bronzed women. You could swear the two statues begin to sing a lullaby softly.

“You’ve been a very good Apprentice so far, very good. So brainy. I’m glad I’ve got you to rely on,” the Hero yawns.

You’re touched by his candidness. You both yawn now. “Let’s have a nap,” you suggest, suddenly not being able to think of anything but.

“Mmm yes,” sighs the Hero, “Another bright idea!” He stretches out beside you.

As you doze off, you wonder if your sudden tiredness has anything to do with the Dark Legion, but you can’t seem to fully form the thought in your mind.

“I do like it here,” you say, “no running or fighting or Dark Legion.”

“No flexing or posing or being heroic,” agrees the Hero, his breath the shifting into a gentle snore.

You hear a soft scream, then more, from further down the river. The Hero sleeps on and you wonder if you should wake him, but it’s too hard to think of all this Hero business and when you’re lying here soaking up the sun.

Has it been minutes or hours since you lay down? You don’t know, but as you shake yourself away you realise that it was a very bad choice indeed. Surrounding you is a family of menacing ducks; one angry mother and her twelve equally angry ducklings. It’s not so much the quacking that’s woken you, though you’re learning that an angry quack is a terrifying sound, but the uncomfortable feeling of being slapped by six small, yellow and surprisingly hard duck beaks.

You shake the Hero to wake him and the chorus of quacks becomes louder as the beak slaps turn into beak snaps. He’s not waking up easily and you can see a second duck squadron heading your way.

One (Whale Mall): Abandon the Hero to become duck fodder and run upstairs to the Whale Mall?

Two (Arbour Walk Southbank): Incur a few beak-shaped bruises and splash the Hero with water from the pond to wake him up, then run together back across the overpass and into South Bank, where you pause at the two poles that mark the entrance to the Arbour Walk?