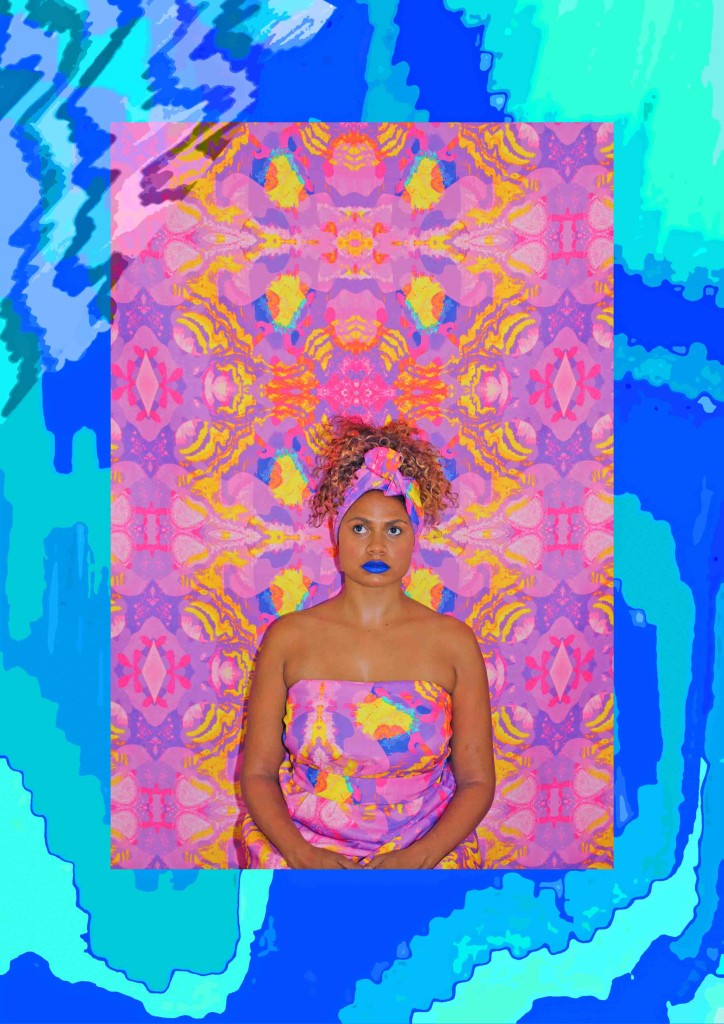 Hannah Brontë – STILL I RISE THE QUEENS REIGN ON KING, 2016

To view the next artwork by Hannah Brontë, enter the King George Square carpark via the pedestrian walk on the right and follow the Vibrant Laneways signs to the right. Then, when safe, cross the carpark on your left to the vibrant spray-painted walls where the artworks reside.

To hear about the work from the artist, select the ‘Audio’ button below. Select the ‘Stop’ button with the musical note to stop the recording. For the location of the next artwork in the tour by Glennys Briggs, please see the directions at the bottom of this page. 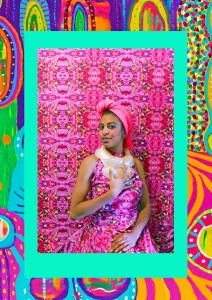 Hannah Brontë is interested in the expected and changing roles of women today and her explorations of this are deeply influenced by hip-hop and female protest culture. Previous works have included deconstructed feminist banners, quoting female rappers and Brontë’s own words, as well as textiles using oestrogen camouflage to adorn characters within her videos. Brontë also explores the history of women as warriors through shell and woven adornment using traditional fibres.

The constant throughout her work is female empowerment and trying to walk with the power of her female ancestors at her side. 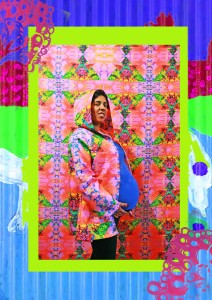 This series of images depict the imagined future female parliament, one with women, one with women of colour and most importantly First Nations women running the country. These stills are from the video work in which the new parliament raps their political speeches to address the public.  Their staunch, regal posture is meant to inspire the sleeping strength within all women.  Also featured is the future, a beautiful baby of the new world order. The title STILL I RISE THE QUEENS REIGN ON KING comes from Maya Angelou’s poem of the same title. In the end no matter what heaviness is bore, women will always rise. 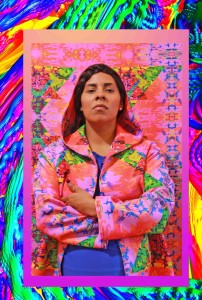 My name is Hannah Brontë and I’ve grown up in Brisbane, and the artwork that I’ve done for this project is called STILL I RISE.

I feel like the river, even the one just down near like, Orleigh Park, public spaces like that, have always been really important to me. In terms of my family, my mum is like a huge part of my life and part of my work, her family emigrated from Wales. My dad is a Freeman, his connection to country and stuff like that is something I try and honour. But definitely it’s like, through a female lens, like, how I do it.

My aunties, like, mum, nana, like, I think it’s just very like, women driven. Yeah, I definitely think like, with identity and things like that they’re the ones that kind of, are your sounding board when you’re getting started and trying to figure out where you fit.

I got commissioned to do a piece by Next Wave Festival which just wrapped in Melbourne. STILL I RISE is from the poem, Maya Angelou’s poem, of the same title. I think that the bit of the brief that kind of jumped out to me in the Next Wave work was, it said, go long, go deep and imagine our greatest future. I just think that line kind of made me really start the wheels of stuff. So this work was about, I guess the idea of like, what you bear as a woman in society, and on top of that as a woman of colour, on top of that as a first nation woman. What are the levels to this, of like, how do you keep coming back? And how do you keep going above? The idea of flipping it and making a hip-hop video, where the parliament’s all first nation women and women of colour and they rap their addresses to the parliament is something that I’ve dreamt of lots of times, but then I was allowed to make it. So these are stills from that video. 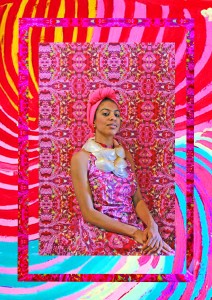 So even with the stills and stuff I guess I started looking at just political art and even just forms of resistance really, and even the importance of art within politics and design and just all that kind of stuff, I went down that black hole. I think another thing that I started getting really caught on was the idea of being unified, and being joined and together. Because I think that’s the thing I’ve been learning more from travelling through art, now it’s kind of getting momentum, how you can feel at home in places with people that you’ve never met before, and places you’ve never been before, and it’s that solidarity when you have that kind of feeling of being part of something bigger.

So I started doing… the fabric is from oestrogen under a microscope, cause it’s something that’s within all of us. And so I mixed that with camouflage and then that became like, my militia’s uniform. So that’s like, in all the images and stuff that are in the work for this. 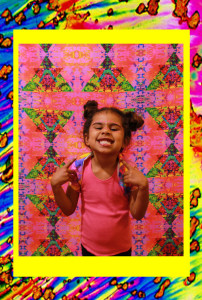 All of the people in my video they’re not, well some of them are performers by trade, but they’re not hip-hop performers or rappers, that’s not what they do mainly. But just being in Brisbane, they’re my mates, and that’s who I’ve connected with and, especially even being in West End, it’s culturally so vast, and I’ve met all these women, and they’re close to me and they’re important, and so I think they all came together within this landscape. I don’t know whether it’s necessarily like geographical in terms of like, physical landscape, but in terms of place like, they definitely are all a part of like, Brisbane for me.

I feel like there’s this unspoken strength that you get from it. You just have an understanding amongst each other that is hard to explain, and I don’t really think the English language has the capacity to explain that feeling but it’s definitely strength. I definitely feel very lucky, and I know I’ve made it a very big priority in my life to like, be connected with that.

To continue the tour and view the next artwork by Glennys Briggs, select the ‘Map’ button on the bottom right and walk to the next artwork at Site 4 – Great Grandmother’s Stories. As you get within 50ms of the artwork the app will automatically unlock the next page. Keep walking until you are standing over the red pin.