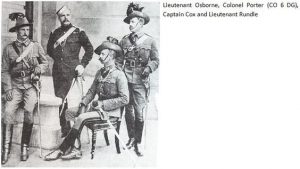 The Lancers are an Armoured Cavalry Regiment of the Australian Army. The barracks are the oldest operational military facility in Australia running, since 1820. While the colony was expanding, Lancer Barracks became home to a number of British military regiments. It served as a home base as Parramatta was the second largest settlement in all of Australia. However, British troops were withdrawn in the 1850s and it was used by the police and government until it became home to the Lancers in 1891.