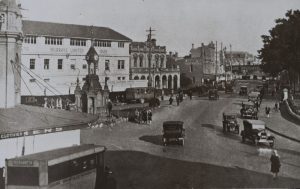 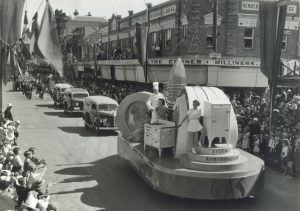 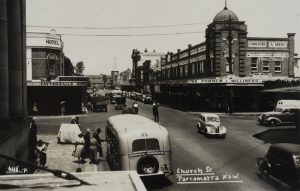 In the early years slab huts were erected for women and married convicts along Church Street between George Street and the river. Church and George Street were to become the centre of commercial activity in Parramatta. Throughout the 1800s buildings were erected and demolished, the various governors who were in power during this period built there including governor Macquarie’s Watch House on the south-eastern corner of Macquarie and Church Street. Other significant sites including the old court house and Rev. John Eyre’s school known as Tull’s school, which stood on the site of the post office. Thereafter prominent members of Parramatta were given grants to build their homes and various inns which filled out the land between the river and the Railway station.