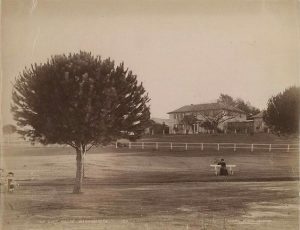 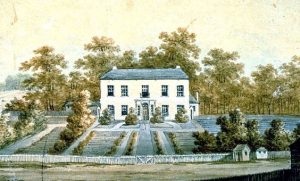 The convict-built Old Government House and garrison buildings were built in 1799-1816 making them the oldest surviving public buildings. This status makes the House a World Heritage site. It was the ‘country’ residence for the first ten governors of NSW for seventy years.

It is believed that Aboriginal people lived on the land prior to the construction of the House and were removed in order to build on the site. Shells were found in the mortar to strengthen the House’s construction. They are believed to originate from Aboriginal middens. A midden is an old dump for domestic waste which may consist of animal bone, human excrement, botanical material, mollusc shells, sherds, lithics (especially debitage), and other artifacts and ecofacts associated with past human occupation.