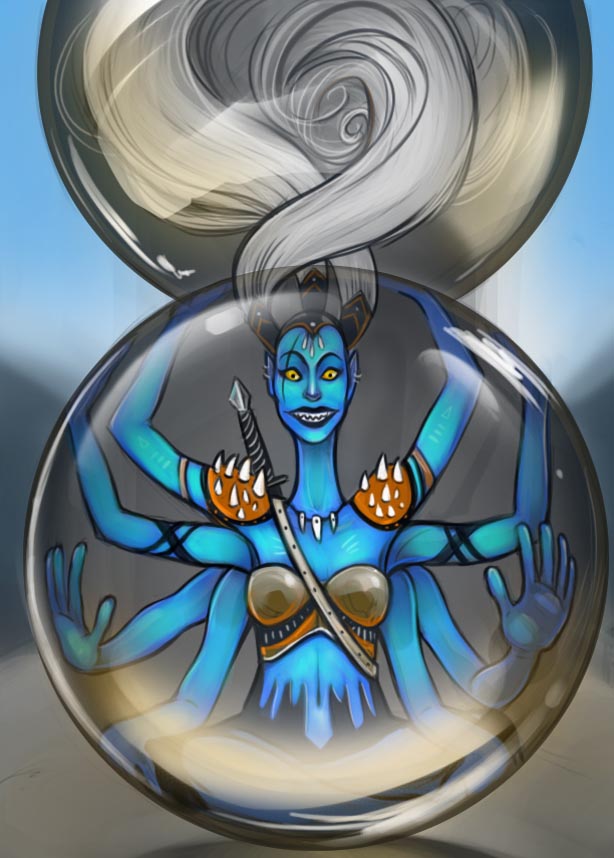 You know you’ve reached the heart of Rundle Mall when you see your striking reflection in the Mall’s Balls. Officially called The Spheres, you can’t help wondering if artist Bert Flugelman had any idea what a popular meeting place they would become when installed in 1977.

The propensity for humans to decide to ‘Meet at the Mall’s Balls’ has often made you consider whether you should test their gravitational pull.

You flinch when something suddenly whizzes past your ear and crouch when another zooms overhead. The humans around you ‘Ooh’ and ‘Ah’ and you follow their gaze to see an additional pair of silver spheres teetering playfully on top of the Mall’s Balls. When they roll off and bounce east up the Mall, they leave a shimmering trail. As the crowd scuttles and disappears like moon crabs, you put it down to some kind of new-fangled street theatre.

Your attention is drawn to a conspicuous tour group just past the Mall’s Balls, gathered outside the grand façade of The Regent Theatre, now a bustling shopping Arcade. A third eye here, an exposed tendril there… Did somebody say alien amateur hour?

The inept tour guide would know nothing of the opulence of The Regent when it opened as a theatre in 1928, nor the sumptuous sounds of the £25,000 Mighty Wurlitzer pipe organ, delivered in a procession of six horse drawn carts. You fondly recall tinkering with it after hours, but you adamantly deny any knowledge of the missing pipes…

But enough reminiscing; thanks to the Moodlings your chance of returning home to the Never Galaxy on time is becoming less and less likely, as confirmed by the clock face adjacent the Mall’s Balls. You can almost feel the big, blue Narl breathing down your neck.

You step up to the Mall’s Balls, and begin the secret knock…

Glenda, a magnificent eight-armed Never Galaxy gladiator, becomes your reflection. You discovered her flipping blabberworm burgers in an intergalactic diner and offered her the ultimate test of strength and endurance: holding up the famed Mall’s Balls. Of course, the position only became available after you pilfered the internal structure to sell on the black market but, since her appointment, no human has so much as wobbled the Balls.

Before you say a word, Glenda smiles and says, “Follow the shimmering trails, Captain, before they fade away.”

When The Spheres become reflective again, it strikes you like a flapper fish: the bouncing silver balls were Moodlings!

And their trails are fading fast…

14 Pieces Sculpture: Follow the shimmering trail across North Terrace to the 14 Pieces sculpture in front of the Museum. It’s the closest, but the word on the alien grapevine is that the Narl have been seen lurking in the area.

Hindmarsh Square: Follow the shimmering trail east up Rundle Mall to the Hindmarsh Square sculpture playground. It’s off the beaten track, but with fewer witnesses, a Moodling might prove infinitely more catchable.