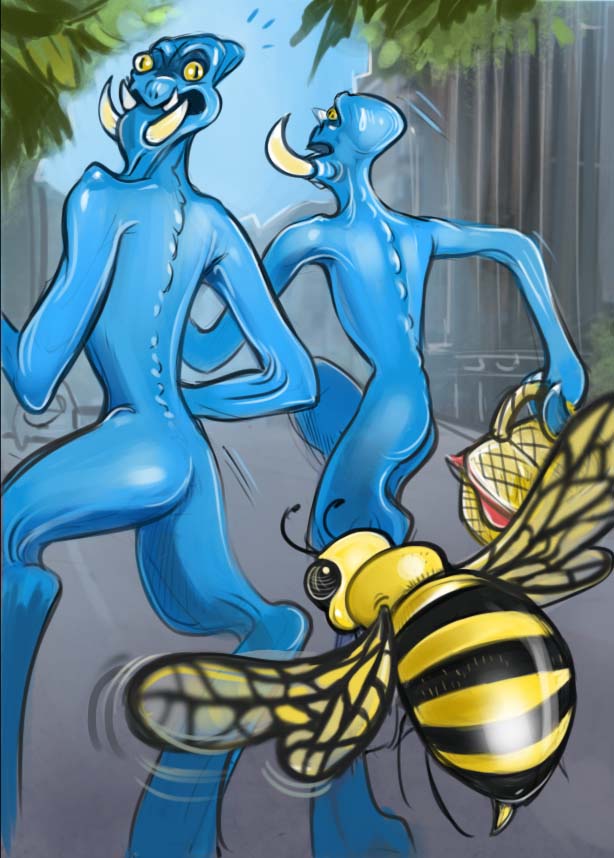 You look up hopefully at the marble statue of Scottish poet Robert Burns, Adelaide’s first publicly funded sculpture when it was commissioned in 1894. Yet there’s not a flicker of movement on his boyish features.

Standing in front of the man best known for writing the poem that would become the New Year’s Eve party classic ‘Auld Lang Syne’, you decide to unleash a handy skill you’ve coined ‘The Captain’s Rhyme Party’ to get the statue to crack.

South Australia’s State Library, a blend of contemporary and classical architecture sits behind Robbie Burns. It was one of your more popular hang-outs as Ambassador and is the perfect location for what you are about to attempt.

“There once was a Moodling I knew
‘Twas covered in sticky, brown goo
With mischievous cheek
It made Venus speak
Claws crossed, Robert Burns, you’ll talk too.”

…And, nothing. Burns remains stone-faced, and no Moodlings are moved to reveal themselves by the power of your verse.

You are about to give it another whirl when you hear a commotion behind you and turn to look.

Moon rocks! The unmistakable rubbery blue skin, bulging yellow eyes and fangs of the Narl, like bendy skyscrapers, bound east along North Terrace and lug – of all things – an enormous picnic basket. You assume they’re after you until you see something chasing hot on their heels: the bee from Beehive Corner!

In fact, now that you’ve seen it up close, you recognise it as a rare Never Galaxy species, and given its angry disposition, you’d hazard a guess that its lengthy hibernation has just been interrupted.

That’s when you spot what could be a clue resting against the base of the plinth: a copy of the classic fairy tale ‘The Three Little Pigs’. The slip inside the cover suggests it was borrowed from the City Library, and is due back today!

For once, you think you know exactly where you need to go next.

A Day Out Sculpture: Think the clue points to the sculpture of the playful bronze pigs in Rundle Mall?

City Library: Decide the clue is pointing straight to the City Library on Francis Street?