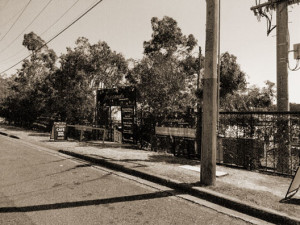 When you reach the cafe, it’s closed and you can’t see anyone anywhere. Frustrated, you decide to approach one of the businesses. But as you continue down the street, you spot a military jeep speeding towards you. There’s nowhere you can hide. You jump between two parked cars, but the jeep skids to a stop. Two soldiers jump out and draw their weapons.

“Get down, get down,” shouts one of the soldiers.

When you try to run, they rush at you, knocking you off your feet and slamming you to the ground. You’re winded from the assault. Gasping for breath, you struggle against the soldiers but they pin your arms behind your back and snap handcuffs around your wrists.

“You’re under arrest,” one soldier says.

“Suspicion of espionage,” the second soldier says. He pulls you to your feet and pushes you towards the jeep.

“Espionage?” you say, trying to break free. “What are you talking about? Do I look like a spy?”

“Spies never look like spies,” the first soldier says. He opens the door to the jeep. “Get in.”

You pull back. “No. This can’t be right. I haven’t done anything wrong. I have rights. You can’t do this.”

“Spies have no rights,” the first soldier says. “We have evidence. You’ve been seen taking photos of war buildings. You’ve been gathering information on military installations. You’ve been asking questions about buried ammunition and secret tunnels. Do you deny it?”

Sweat drips down your forehead. “No, but Rumours Uncut has nothing to do with spying or espionage or whatever you think I’m doing. It’s about sifting fact from fiction, that’s all.”

“We have a witness who will testify Rumours Uncut is a front for your real purpose.”

“What witness?” you ask.

Neither soldier answers, but you can take one guess at who it is. “It’s Damo54, isn’t it? He’s been nothing but trouble since I arrived here. He’s the one who needs arresting, not me.”

“Tell it to the captain,” the second soldier says, shoving you into the jeep. “He’s keen to talk to you.”

You’re fuming mad. This is all Damo54’s doing. He’s crossed a line having you arrested on suspicion of espionage. The first thing you’ll do when you get out of this predicament is hunt him down and force a retraction of his insinuations. But first you have to convince a captain you’re not a spy. From the way you’ve been handled by these soldiers that might not be easy.