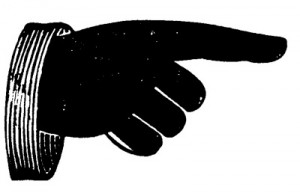 Your mobile phone rings and Katy Perry’s “Hot and Cold” sings out as you arrive in Burnett Lane. Why hadn’t you thought to call someone earlier? But that’s okay. It’s the one person you would have called: your friend, Morgan.

“What’s happening?” he asks, all casual. You try to focus on his voice while blood pumps through the wound on your leg.

And you try not to sound hysterical. “Oh man!” you scream. “Have you seen what’s going on? They’re everywhere!”

“Yeah!” Morgan replies. “Isn’t it crazy? Where are you now?”

He sounds far too relaxed…

“I’m at Burnett Lane,” you tell him, surveying the street as you head towards the centre. No one’s around. Have you entered another city?

“I’m at the State Library of Queensland,” Morgan says. “And it’s awesome! It’s like a movie set…there’s all these people, eating each other, and I found this security guard, and he says he has a gun, and he’s locked me in a meeting room! I’m safe from whatever’s out there, man.”

The scratch on your leg throbs. Your head aches. Looking at the ground, you see patterned flowers on the bitumen. Above, the building facades have ladders. An escape plan maybe…

“Oh, no way man!” Morgan yells into the phone. “You’d better get over here! They’re trying to break the door down!” He laughs as gunfire explodes in the background. His phone drops out.

Morgan is your best friend. He can probably save your butt, hunker you down in a meeting room until it all blows over.

As you stand on the sidewalk, you look up to your left. Roller doors are opening. Patrons scramble out of the building, and behind them limp zombies, moaning, dragging their feet. They lunge towards you. Your mobile rings again. Damn Katy Perry.

Then you remember, zombies are attracted to noise. They’ll follow you and Katy for as long as the mobile rings. Maybe you could drop the phone here in the lane, distract the zombies as they gather around it, or use Katy Perry to haul them up George Street and give those people scrambling out the roller doors a head start.

Turbot Street Confluence: Drop the phone. You need to save yourself, but how will you call Morgan? How will you know where his safe spot is? Maybe you can chance it and head towards State Library of Queensland, hope to find Morgan there. Go to Confluence, Turbot Street (corner of George Street and Turbot Street, outside of Magistrates Court)

Robotic Kangaroos: Hold the phone in the air, jiggle your hips as Katy tells you how hot and cold you are. She’s right. You’re feeling feverish. Damn that wound. But it’s working. The zombies lift their gaze, away from the fresh patrons, and towards you. Run! Let them follow you South up Burnett Lane until you come to the Robotic Kangaroos on corner of Burnett Lane and George Street.