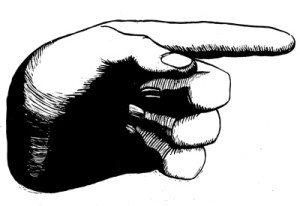 People stream around you, hurrying to the theatre, or the museum. Time is running out, it’s always running out. If only they knew who it is that is standing beside you. Death makes time meaningless, and utterly meaningful. You want to shout at all of them to hug their dearest friends, to make the most of every second. There’s never enough time.

Standing among them is a soul, glowing blue. A young woman. She turns to run and you give chase. You don’t even need Lissa to prompt you. Everyone else gets out of her way, faces pinched, or stretched with alarm, even though they can’t see her. But you can.

She darts to the left and the right, but you know what you are doing.

She swings out at you and you drop back, avoiding a bolt of psychic energy.

She seems angry and frightened.

You raise your hands in the air.

“Where am I? I don’t know where I am,” she says, and she looks lost now, more than angry.

And she is. Your phone hasn’t mentioned her, no text – nothing. But she is here. And she needs your help.

“It’s all right.” You reach out and touch her arm. “Let me guide you home.”

And it’s like she wakes from a dream. The fear leaves her, she even manages a smile.

She passes through you, and into the Underworld. It hurts for a moment. You feel a deep sadness, followed by joy, and then it is gone. She is gone, you know now that a soul isn’t an it, but a person.

“It always is,” Lissa says. “When Steven, left, I didn’t know how I would cope. I loved that idiot, but in the end I refused to be defined by my sadness.” She looks at you closely. “This job will break your heart. But it is a grand job, an important one – we don’t want those souls crowding out the earth, making trouble. And for you, someone who didn’t grow up in the trade, it will seem wonderful and new. I think you will go far.”

You don’t know what to say, and before you can respond, Lissa laughs and taps your arm. “Someone’s having fun,” she says, and points at the news ticker running along the top of the ABC building’s awning. Along with all the news that’s fit to print, broadcast or blog is this. “YOU TWO. MEET ME AT THE CITY CAT. ASAP.”

“Shall we?” Lissa says. “It could be dangerous.”

“Everything’s dangerous in this job!”

“Yes, indeed,” Lissa says. “But we have an amazing superannuation package. Six weeks worth of holiday a year. Death never sleeps, but my Pomps only work four days a week.”

Four days of this? How boring will the other three days be?

There’s nothing for it. You run down to the CityCat stop on the edge of the path near the low concrete wall with the bougainvillea.