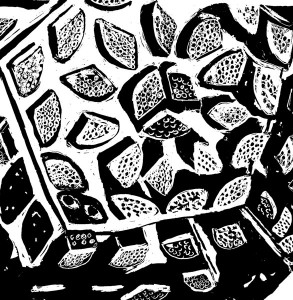 You’re nervous. You should be! This is your first day on the job, and not just any job. You’re a Psychopomp; Pomp for short. You help souls take the leap into the afterlife. You’re their guide, and the doorway to the Underworld. Pomp is a noun and a verb. A Pomp is what you are, and pomping is what you do, you’re Death’s assistant, one of many, and, hey, if you play your cards right, you might become Australia’s Death one day. It’s not impossible, you’ve read up on the job. First there was Mr D., and then Steven, and now Lissa. Three different Deaths in a matter of a few years, and you’re ambitious. The sky’s the limit. Well, if you pass the trial, that is. The last few days have been a blur. You’ve been to orientation, you’ve read the shiny prospectus, seen a heap of training videos, and, now, here you are. Someone was supposed to meet you, but here you are, still by yourself.

Oh well, there’s always the Accountant job you have lined up, always have a back up, that’s your philosophy. It’s just this one seemed so much more interesting.

There’s a prickle of sweat beneath your deodorant. You don’t like waiting. It only makes you more nervous.

You’re standing by the steam ball, and you’ve noticed a hole in its structure. You hear a whisper, you peer down, and there is a pair of fierce almond-shaped eyes, like something out of a Modigliani painting, looking at you.

You open your mouth to speak.

“Oh, dear,” says the voice in the sphere.

There’s a flash, and  the eyes are gone.

You take a step back and almost bump into someone.

“There you are,” a voice says coldly.

You jump and turn, and, it’s like a cloud has passed over the sun. The temperature drops, you fail to suppress a shiver. You knew someone was going to walk you through the job, but you didn’t expect the boss. The Big Boss, Miss Jones, Death herself, to be teaching you. Death is dressed in black, a fifties style Mickey Mouse broach on one lapel of her jacket. Mickey looks a little manic, Death, anything but. You’re trying to remember all the topics of conversation people told you to avoid when talking to Death. Don’t talk about the recent War, don’t talk about the last Death, and what became of him, and never, ever slag off Walt Disney cartoons.

Her green eyes consider you. And you feel you come up wanting, but she smiles none-the-less, and that grin is almost warm. “You know, I used to train Pomps before I became Regional Manager. I like to keep my hand in.”

“Thank you.” You hope you sound thankful. Her lips thin. “Don’t thank me yet.” But then she grins. “You’re early,” she says. “I like that in an employee.”

You don’t know what to say. This is the first time you’ve ever had to speak to Death. The person who did your interview for Mortmax was more like your average HR Manager, really. A bit scary, a bit reassuring, a bit distant.

She rolls her eyes. “Please, call me Lissa,” she reaches out a hand, and you shake it. Her grip is cold, colder than the winds that blow down George St.

“I take a personal interest in all my Pomps. I need to know that they’re going to work out.” She lets go of your hand, and smiles. When Death smiles you can’t help but shiver.

“Besides we have had a few…issues lately. A year ago there was a war between earth and hell, a rift torn open, and a Dark God destroyed. It’s kind of mucked with the business. Things aren’t quite what they used to be. For one, well, the walls between our world and hell have…thinned.”

Lissa laughs. “I mean, you’re going to have to work for your money. It’s not like the Old Days, not even the recent ones. But I’m sure you’ll be fine.”

She points across the road at Victoria Bridge.

“We can go that way,” she says, “Or onto Queen St Mall. Victoria Bridge will lead to art, and some thinning, which is always trouble, why Death is itself an art. And I can sense a soul up ahead in the Mall. You choose.”

Queen Street Mall: Do you head to the edge of Queen St Mall, by the green traffic signal box near the lights on George St near the taxi rank.