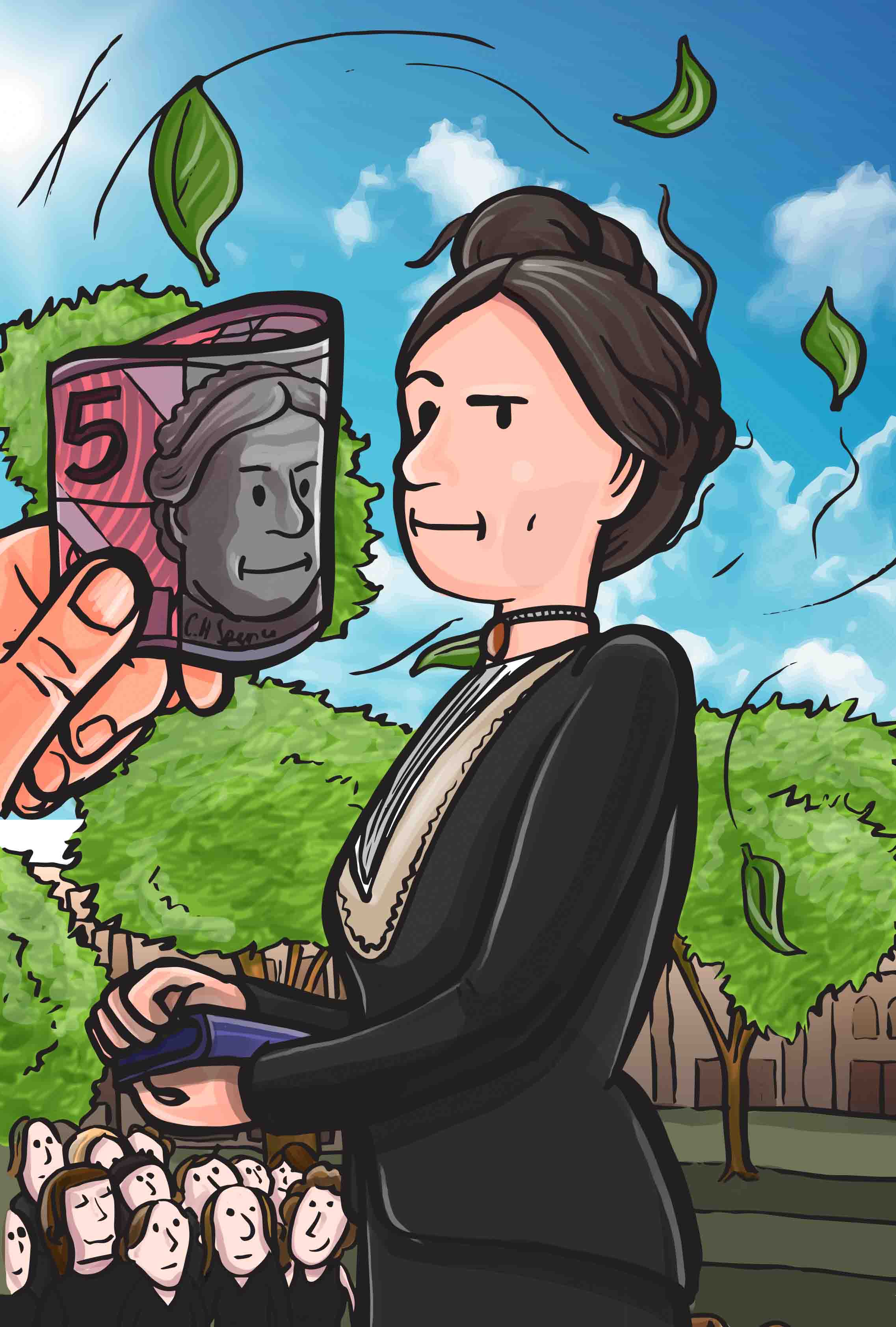 “Quick!” you shout as you enter the square, holding the time machine at arm’s length.

There is a blurring flash of light, and you discover yourself standing in a crowd of women in long black dresses, which are all swirling in the gust of wind that accompanied your arrival.

One small woman with white hair, standing on a small platform in front of the crowd, looks sternly at you.

“Excuse me,” she says in a thick Scottish accent, “I am in the middle of a speech.”

“Oh—,“ begins the Professor, but she cuts him off.

You stare at her. She looks so familiar.

“For there is nothing a woman like me cannot do!” she continues. “I am Catherine Helen Spence. I am an author, a teacher, a journalist. I am the first woman in Australia to run for political office. I have spent my life fighting for the rights of women, and for the rights of minorities! One day they will build statues of me!”

“And they’ll put you on the money!” you shout, remembering.

She thinks about this.

“No, probably not that,” she concedes.

The Professor reaches into his pocket and pulls out a five-dollar note.

She frowns, staring at her own face on the note.

“I think you’re missing the point!” you interrupt, as the Professor takes the machine across the grass to where construction workers are pulling down a crumbling sandstone cross, to make way for a new red granite column in memory of Colonel Light. “You’re a hero, an example for women throughout history… uh… I mean, the future! Because of women like you, women in all across the world will be able to vote and become politicians! Women Mayors, women Governors, women Prime Ministers!”

“How do you know that?” she asks, suspiciously.

A gust of wind begins to whirl around the square. You turn to see the Professor carrying the car antenna that he got from the Queen’s Theatre as he clambers up the monolith at the northern end.

There is a flash of light… and you’re back! Cars are driving around the square, familiar buildings tower in every direction, and Catherine Helen Spence has vanished, replaced by her statue standing proudly.

The Professor approaches and puts his hand on your shoulder as you admire the statue.

After a moment, he sighs. “She still has my five dollars.”