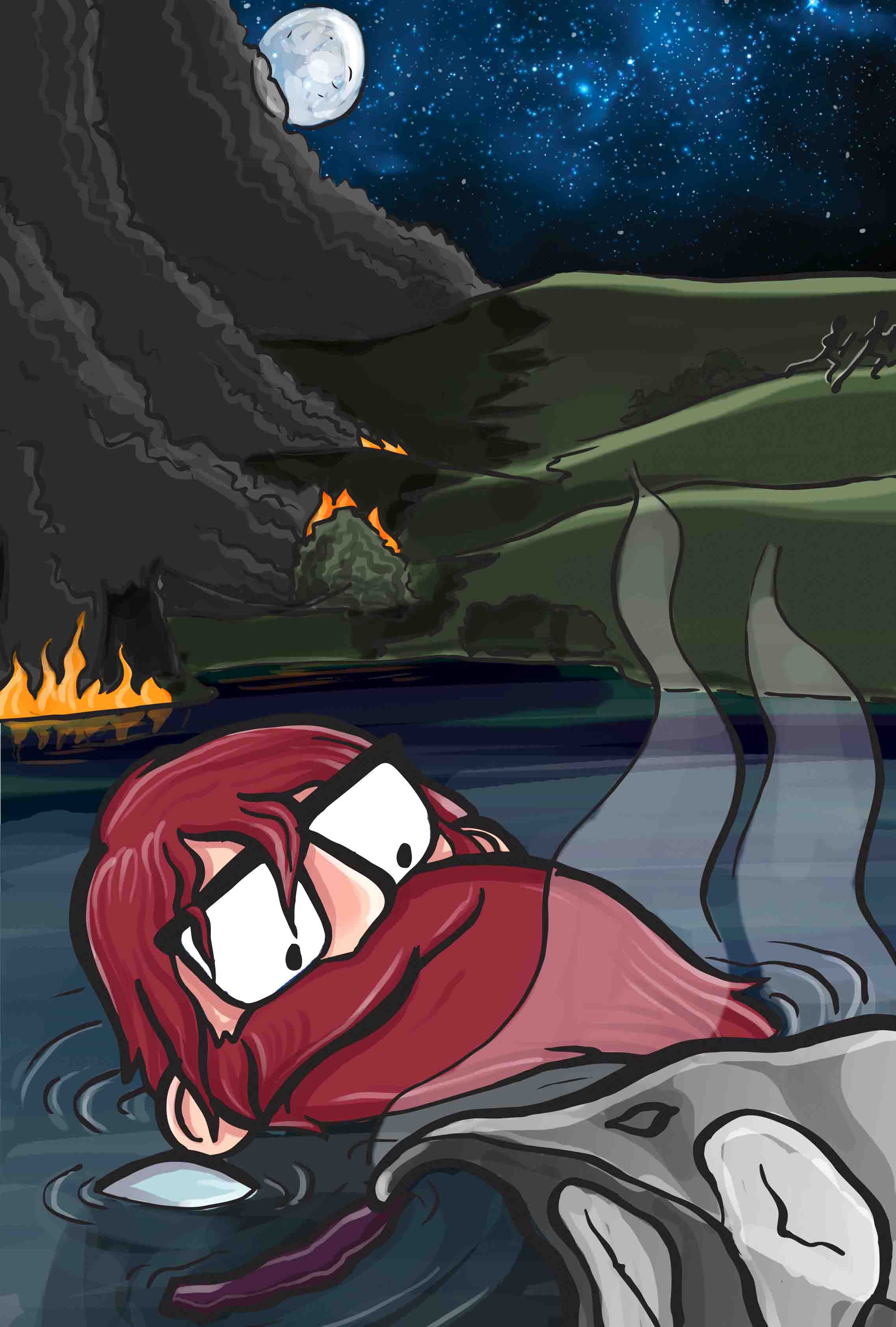 You bend over to catch your breath in the centre of Tarntanyangga, which is also known as Reconciliation Plaza in Victoria Square and when you look up…

Uh oh. No buildings. No roads. No people. Just dry grass and gum trees in every direction. You’ve gone back, way, way back, before anyone was even here!

Except… wait a minute. Someone is here.

Through the trees, in the distance, you see a group of people running towards you.

“Oh, there you are!” he says, appearing from behind a tree. He puts the time machine down and approaches you, scratching his head.

He sees you backing away and shields his eyes to look at the group running towards you. As they move through the trees, you realise they are barefoot, dressed only in animal skins.

“This must be a Kaurna tribe,” says the Professor. “After all, traditionally this is their land.” He smiles and opens his arms wide. “Hello!” he shouts.

There are men and women in the group, and children too. The oldest, a man with a beard, holds a wooden shield. He approaches you and looks you up and down.

He says something to you in a language you don’t recognise.

“What’s he saying?” you whisper to the Professor.

“I don’t know!” he whispers back. “The early German missionaries tried to preserve the Kaurna language, but the English colonists weren’t interested, and knowledge of the language faded away. In our time there’s only fragments of the language known!”

The Kaurna elder talks more insistently at you, waving his shield.

“I think he wants us to go,” you say. You start to walk, cautiously, in the direction the group had come from.

But suddenly the elder grabs you by the arm, and starts talking insistently. If only you knew what he was saying!

“Does he want us to go, or not?” you say to the Professor. But then he lets go, and starts to run again. The group follows him, looking back over their shoulders at you.

Then you hear something. It’s like a low rumbling noise, and a whistling of air. You frown, squinting into the distance in the direction that the group had come from.

The air looks like it’s warping, twisting. Is the time machine malfunctioning again?

“You know,” says the Professor, frowning, “the Kaurna people were known to use a certain clever kind of farming technique. They would clear dead forest areas to make way for edible plants and animals.”

“How?” you ask, as you notice the air growing hotter.

“Fire!” shouts the Professor, and he grabs you. He pulls you towards a waterhole, drenching your clothes as he drags you into the muddy water. Now you can see the fire approaching. It roars through the grassland, turning everything in its path to black.

You plunge beneath the water and wait. Finally, when you can’t hold your breath any longer, you surface. The fire has swept through, leaving only the crackling embers and sparks of the bush around you. You breathe, heavily, glad to be safe.

Then you see the charred, melted, blackened remains of something: the time machine.

Ouch! Bad Luck! This is the end of your adventure but you can head back to the starting point to explore a different story path, or you can try the other Story City: Adelaide adventure, Ready or Not: Hide & Seek Alien Style.