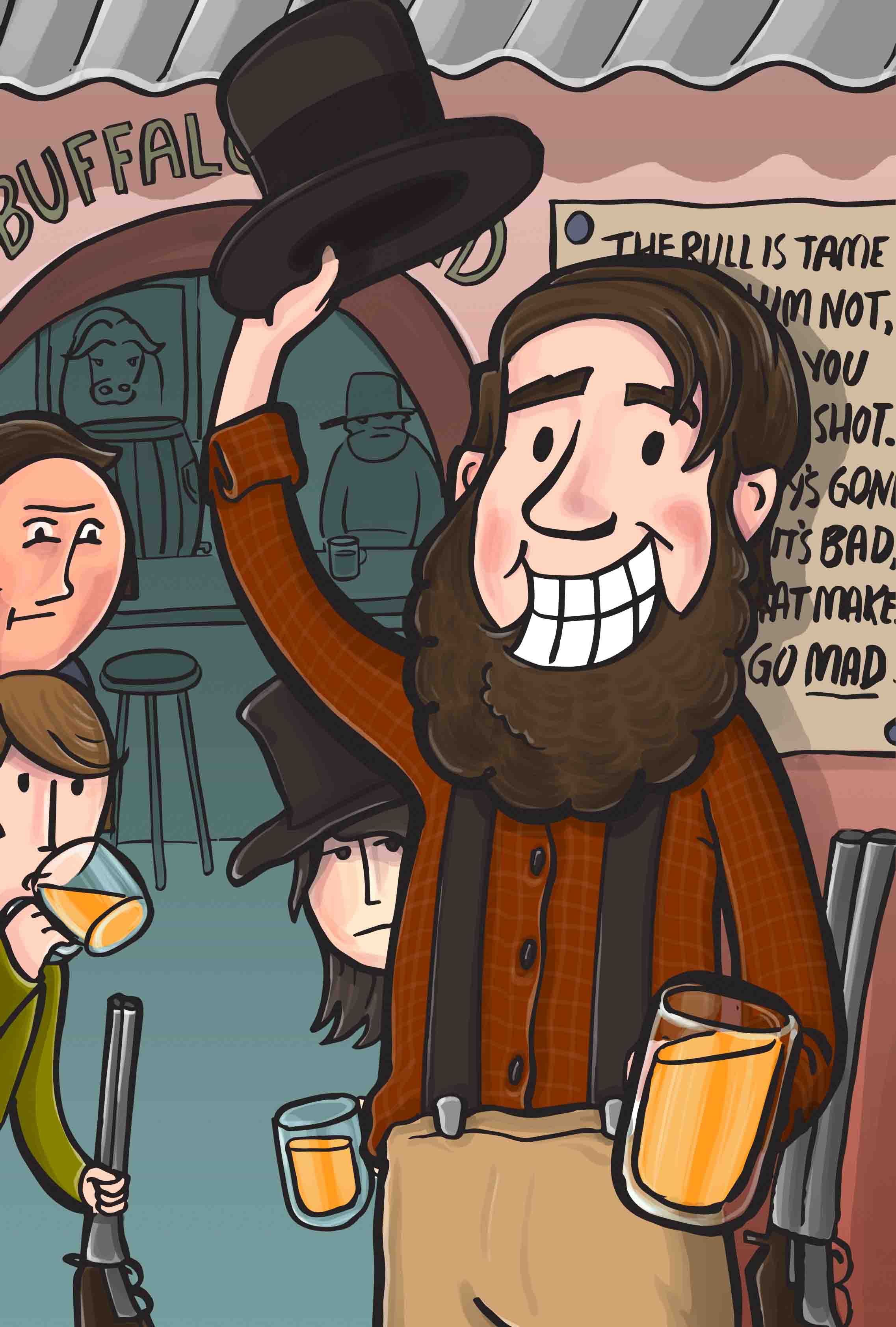 As you and the Professor hurry along Hindley St the buildings shrink until they are nothing more than one- and two-storey barns and brick shanties, like something out of a Wild West movie. Wherever, or, rather, whenever, you are, it must be all the way back to when Adelaide was only a few years old, maybe the 1830s? You look back over your shoulder, but the Sergeant-Major must be safely back in the future.

Instead of a brick building, the Princes Berkeley Hotel looks more like a small house, with a veranda, a wooden roof and picket fence. Catching your breath, you notice a sign beside the gate, which reads:

‘The bull is tame, so fear him not, so long as you can pay your shot. When money’s gone and credit’s bad, that’s what makes the bull go mad.’

“Welcome to the Buffalo’s Head!” says a cheerful voice. A man with a woolly beard lifts his top-hat as he approaches you. “You’re not from Buffalo Row, which ship did you come out on?”

“We didn’t come on a ship,” you say, before the Professor can stop you.

The man frowns. Behind him, a group of men stand with their drinks and approach.

“Didn’t come from a ship?” says one of them. “How else would you get here? Everyone here is a settler!”

Another points at you. “Maybe they’re convicts, on the run from one of the colonies!”

You hold your hands up. “No, no, no, let’s not jump to conclusions. There’s no need to call the police!”

“We’re not going to call the police.”

You sigh with relief.

The Professor whispers to you, “The first police force wasn’t formed until 1838.”

One of the men turns to the other. “Inman, you’d make a good policeman.”

“There’s horses out the back,” says another man, helpfully.

Several of the men pick up hunting rifles.

“Well, that settles it,” says Inman. “Our first case, these runaway convicts.”

The Professor backs away, taking your arm nervously.

“Um, I don’t think we want to stick around here much longer,” he says. “We should get out of town. The railway station’s just north of here!”

“There is no railway station yet!” you say, looking west up the street to bushland. “I don’t know if I trust that machine. Maybe we should make a run for it!”