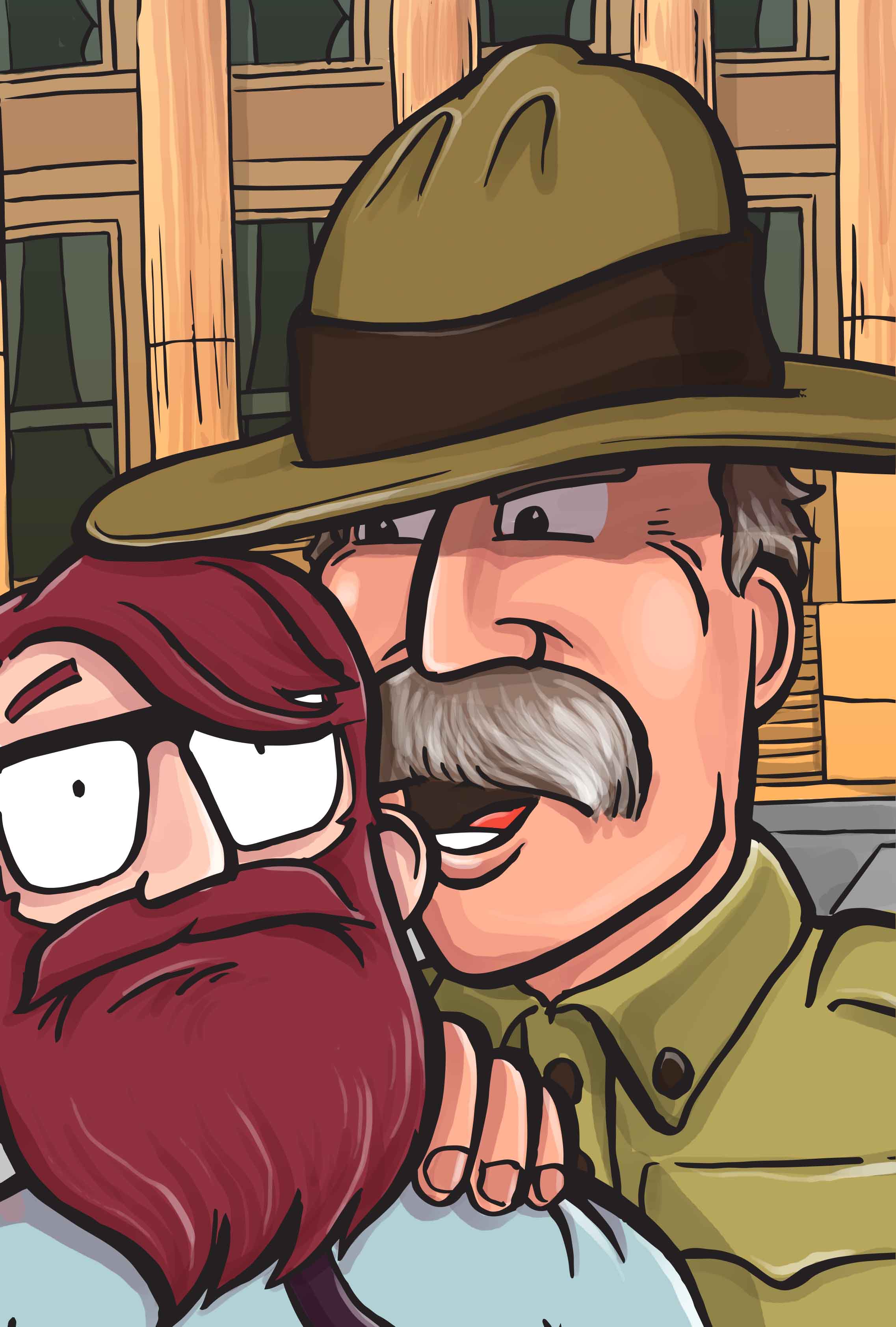 The Professor stops and puts the time machine down to the left of the front steps, behind a row of bushes, as the politician scratches his head, confused, staring at the building.

“Isn’t this Parliament House?” you ask.

“That’s Parliament House,” he says, pointing at the old-looking building further up North Terrace. “This looks more like the Parthenon!”

“We’ve gone forward!” says the Professor, rubbing his temples as he tries to think. “New Parliament House was opened in 1939…”

The crane swings the stone over your head, and the Professor points.

The stone isn’t smooth like the rest of the building, it’s rough on one side, like it’s been chipped away from a bigger sculpture. Looking closer, you realise that it’s a lion standing on its hind legs, a crown on its head.

“Not bad, eh?” says one of the crane workers, tugging on a rope. “They were so happy we finished the building after fifty long years of planning, they sent it all the way from London. It’s the one from the Houses of Parliament at Westminster.”

“EASY DOES IT!” shouts a familiar voice.

You look around to see an old man with an enormous moustache, barking orders at the men working the crane. It’s the Sergeant-Major, the one who chased you all the way back on King William Street! He must be seventy years old!

Before you can run, he catches your eye. He frowns, his moustache twitching as his memory stirs.

You turn to run, and tread straight on the foot of the man holding the rope. He yelps in pain, hopping, and lets go of the rope. You look up.

The lion swings through the air and drops.

CRASH! The lion lands heavily behind the bushes to the left of the steps… right on top of the time machine, flattening it completely.

The Sergeant-Major clamps his hand on your shoulder.

“I REMEMBER; THOUGHT YOU COULD LEAVE MY ARMY DID YOU? HO, WE’LL SEE ABOUT THAT. I’M TAKING YOU STRAIGHT TO THE RECRUITMENT TENT.”

He starts to march you away, his other hand gripping the Professor’s shoulder tightly.

You look at the Professor, worried, but he gives you a reassuring look.

“Don’t worry, we’re only in trouble if there’s a war on.”

Ouch! Bad Luck! This is the end of your adventure but you can head back to the starting point to explore a different story path, or you can try the other Story City: Adelaide adventure, Ready or Not: Hide & Seek Alien Style.