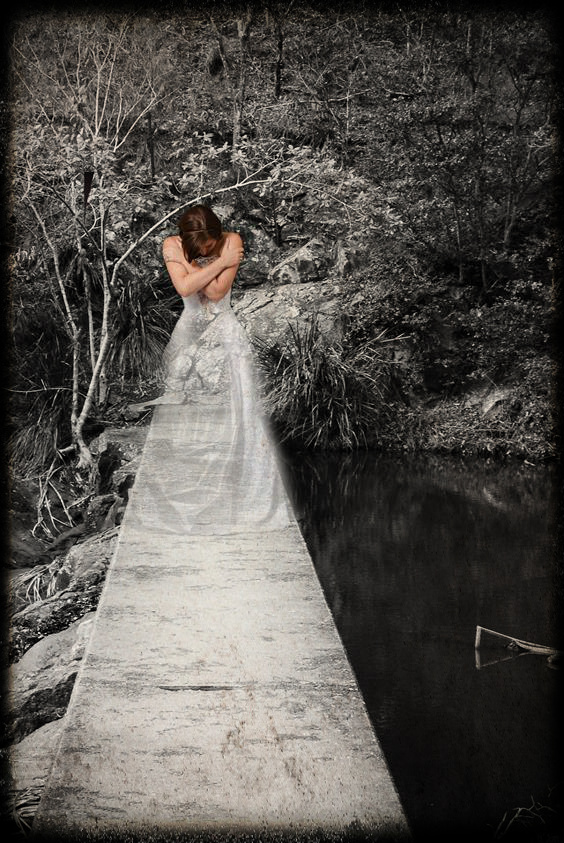 It’s a dam, you can see that. But once, before it was blocked, perhaps it was a swimming hole. A place where the water tumbled merrily down rocks, and a laughing couple could splash and play during the hot Brisbane summer.

The ghostly girl is waiting for you at the other end of the concrete ledge, and when you tell her your theory, she smiles. This was where she came to swim.

You grin back, happy to be in such a special place for her. But then you frown. The places so far have all contained clues about her death.

She motions you to a hole in the cement. It is a green pipe that goes right through it. You look down it and gasp—is that the face of the killer you see staring back at you?

She shakes her head at your trembling. It wasn’t you.

Was she attacked in the water then?

She nods when you ask.

She bursts into silent laughter.

No, not a fish. She points from the land to the water and then back again.

Ah, she was attacked in the water, but by something that didn’t normally live there. Something that could swim. A thought occurs to you, but the ghost has moved off before you can ask. Humans can swim. And her lover is nowhere to be found.

The ghost stops beside a grate at the other end of the dam, and when you walk to it, you notice a strip of metal attached to the concrete beside it. She points to the first letter, and you realise she’s giving you another clue. You say it out loud, but she shakes her head. Ok. So it’s a clue, but it’s not that letter that she wants you to write down.

She holds up two fingers. She points to the first letter again, and then back to her second finger.

Maybe it’s two letters further along the alphabet from the letter in front of you? You say the letter on a hunch, and she nods her head. You write it down.

You look up, and see she’s already moved ahead up the path, toward a standing stone to your left. Your next clue waits for you past the standing stone, at the fork in the road.

When you reach the next location, click on this link. 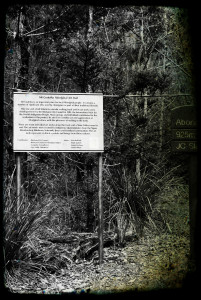