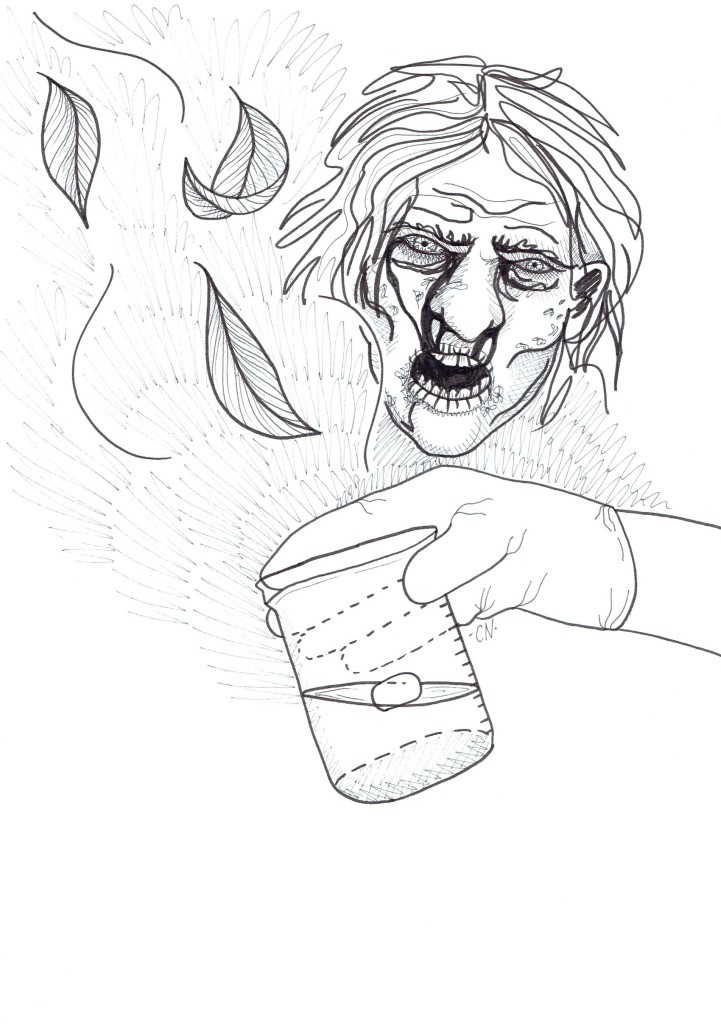 You spot Uncle Frederick underneath the Poinciana, a vast, sprawling tree filled with bright orange-red flowers. Your uncle has set up a portable lab at the trunk, under the cover of the branches.

‘Ah, there you are, I was getting worried.’ He turns back to the bench in front of him containing a linked network of tubes and beakers. There is a glowing purple liquid in one beaker and smoke rising out of another. There are also two empty beakers. ‘Okay, we’ve got no time to lose, rematerialise the ingredients in the containers.’

You open the Cure app on your phone and scroll through your list of plants. You click on the Pepper Vine sample and you scan the screen until you find a green button that says ‘Rematerialise.’

You look at your uncle, confused.

‘Hold it over the beaker,’ he says.

You hold your phone over the first beaker and tap the button. Several small, glossy leaves pop into existence and fall into the beaker.

‘Impressive huh? I invented it myself.’

You repeat the process with the Riberry leaves. Uncle Frederick looks at the two ingredients and then nods. He pours a bottle of water in each beaker and then flips a switch on a central console. As the water starts to bubble he stirs each beaker a couple of times with a wooden spoon.

You notice a few figures walking close to the Poinciana and your heart beat quickens. You see an old man, pale with green tendrils under his skin, slowly making his way towards you. He’s making some groaning noises with his mouth, but nothing above a mumble. You point him out to your uncle who nods, and keeps working.

After what feels like an eternity there is a ding that sounds like an oven timer and Uncle Frederick grabs a beaker of greenish liquid. It smells terrible, like someone kept curry in a pair of wet, dirty socks for a couple of weeks.

Uncle Frederick bends to a duffle bag under the bench and starts rummaging.

He pulls out a small plastic spray bottle and comes back over. You raise your eyebrow as he unscrews the lid and pours the green liquid inside. The old man, drawn by your uncle’s frantic movements, pounces and knocks over the table with all of the equipment, putting him within arm’s reach of you. Uncle Frederick lobs you the spray bottle.

‘Quick, hit him with your best shot!’

You point the bottle at the old man and spray the liquid in his face.

The old man stands dripping and blinking and after a moment his skin starts regaining some of its colour. He even mutters a few intelligible words. But just as hope is blooming, he falls to his knees and starts scratching his skin raw before throwing up unfathomable amounts of blood. Seriously, it’s like a Tarantino movie.

‘Blast! We’ve created a cure, but it’s not strong enough,’ Uncle Frederick slams a hand against the tree trunk. ‘It won’t cure either the younger or the older generation. In fact,’ he eyes the man before him who is developing what looks like…scales?

‘I think we have made things much worse!’