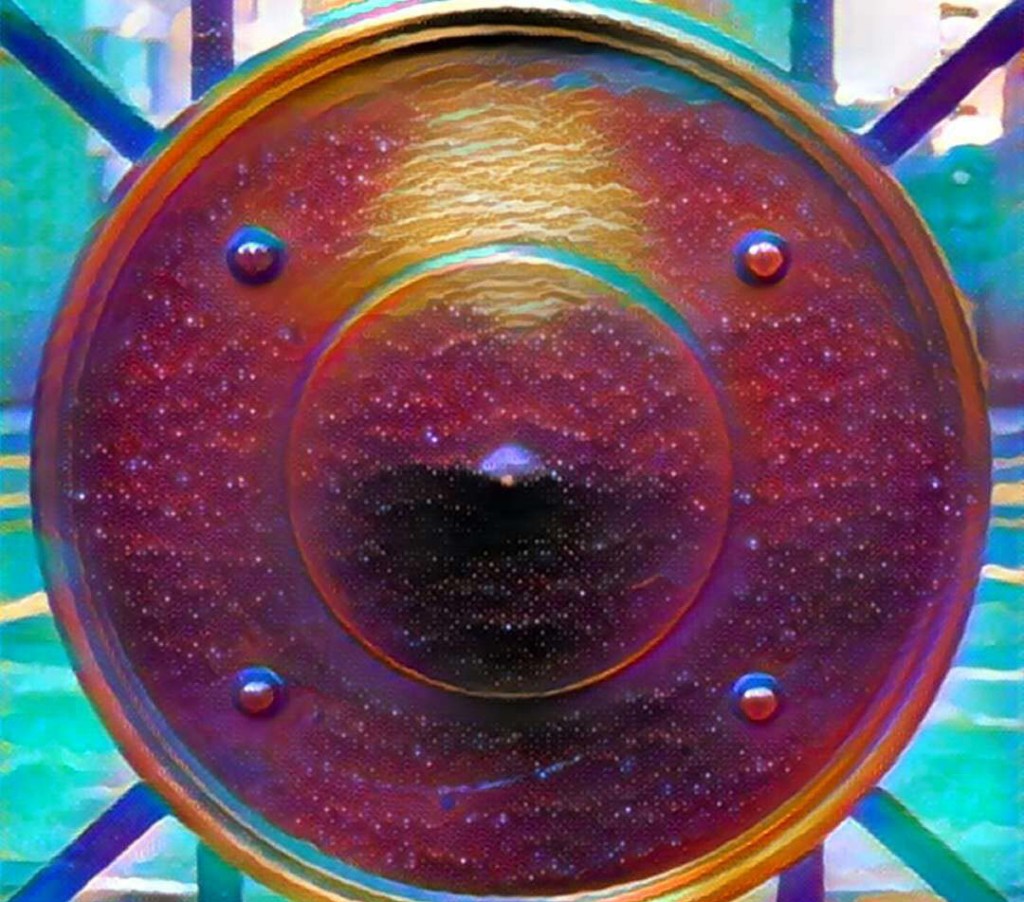 Very well. You chose time over power. That is promising, because it suggests you have a brain rather than merely brawn, but make no mistake, needing too much time to ponder all situations could be dangerous. Occupied Nexuses attract attention. What? No I am not American or British. I have a translation capacity that mimics not only the language but accent and other aspects of the current chosen’s primary language as a means of inducing empathy. However there seems to be some fault in your device that has caused the language to fix at English but to randomly default to aspects of the manner of speaking of previous Chosen.

Yes, previous Chosen have been British and American, but I cannot divulge more specific information about them at this Nexus.

Yes, I did mention an enemy before. What sort of self-respecting quest would this be if you did not have an opposite number? Now at this moment it is unfocused and we don’t want to give them any help in finding you so we must get a move on.

Very well, yes, there is more than one. And yes, they are dangerous and yes, as I said, there have been other chosen ones. Let’s just say they have not chosen well.

How have they not Chosen well? Well, some of those chosen ran away when they heard my voice. Very ill mannered.

You don’t want to know what happened to them then. That you did not react badly at the outset gives me the hope that you will turn out to be, THE Chosen One. In any case, you will be the last chosen because we are running out of time to shut the dimension rift.

Sorry, I ought not to have mentioned that yet. Let’s leave the dimension rift and your enemies until a later Nexus.

No this is not a scam. Allow me to demonstrate my abilities. Until about ten minutes ago when you fatefully decided to buy a stamp, you were on your way to meet a friend you have mostly known as a co-combatant in cyberspace where you both engage in a somewhat limited but undeniably engaging computer game called, The Hoard. For it you constructed a Titan avatar and your friend Kumiko reinvented herself as a warlock called Caliban, with fetching chameleon hair. Your game name is Red, because your avatar has a red tattoo in the middle of the forehead. You met Kumiko two New years’ Eves ago.

No I am not a stalker, cyber or otherwise. I have access to all of you because I have broad access to all human technology. That is how I know your history- all those email messages and anonymous posts from your secret twitter account. Every like and comment. I can also access the emails and electronic footprints of every person with whom you communicate. That’s how I read the email message Kumiko sent you, telling you she needed to urgently talk to you about something weird that happened. I can tell you that will be the least of Kumiko’s worries before this day is over.

Yes, she’s in danger. Every human on this planet is in danger. Now enough chit chat. You are running out of time and there is something you need to do before we can leave this nexus.

No, you do not need to sacrifice a virgin or a white goat. What a peculiar idea. You need to find a flat circular shape surrounding a pattern or symbols and capture its image with this communication device or you can sketch it if you have that functionality. You will need to minimise this application and open the camera program to do this if you choose to take photographs. There is bound to be more than one round shape, but I can’t describe which one is the right one because I am not the chosen one. Open your mind and the omicron will call to you, you don’t have to stay between these palms and the fat bottomed baobab trees, the whole park is within this nexus, including the monument on the stairs above you.

Yes, gathering omicrons is the point of the quest. Very astute. Each omicron is an echo of a single ancient and powerful Omicron. Like it, the omicrons you are seeking will be circular and they will incorporate patterns or symbols.  The omicrons need not be small – a garden bed or a construction is just as likely to be an omicron as a carving on a wall or a small metal grate.  But there is only one omicron in every nexus, though there may be many circular shapes in the nexus. You need to trust your instinct as a chosen one to locate and capture each one with your device, or sketch it.

Yes, I know I am your guide, but I can only guide you through the nexus choices.  You must find the omicrons. Speaking of which you had better find the omicron in this nexus. It is starting to feel unstable.

Nexuses are stable only for a limited amount of time. You do not want to be in one when it collapses.

I will explain more about the dimension rift and your enemies later. Find the second omicron and capture its image quickly. Meanwhile, I will divine the next two possible nexus locations. Get ready to choose fast.

Yes, you can eat.  Did I not say that? The weakness of the omicron at the Old Windmill Tower location will only matter if all of the other omicrons you choose are weak. Choose. Use the map in this program if you must.

Nexus 3A: Manor House Pancakes, which is further away but has a stronger omicron? The quickest route is right on Adelaide Street, left onto Edward Street and then right onto Charlotte Street until you reach the Manor.

Nexus 3B: Old Windmill Tower, which is closer and has a more stable nexus giving you more time to find the omicron? If this is your selection climb the memorial to Ann Street turning left, then right on Edward Street. Cross to the red stairs, climbing to the top. The Tower will be on the hill top on your left.