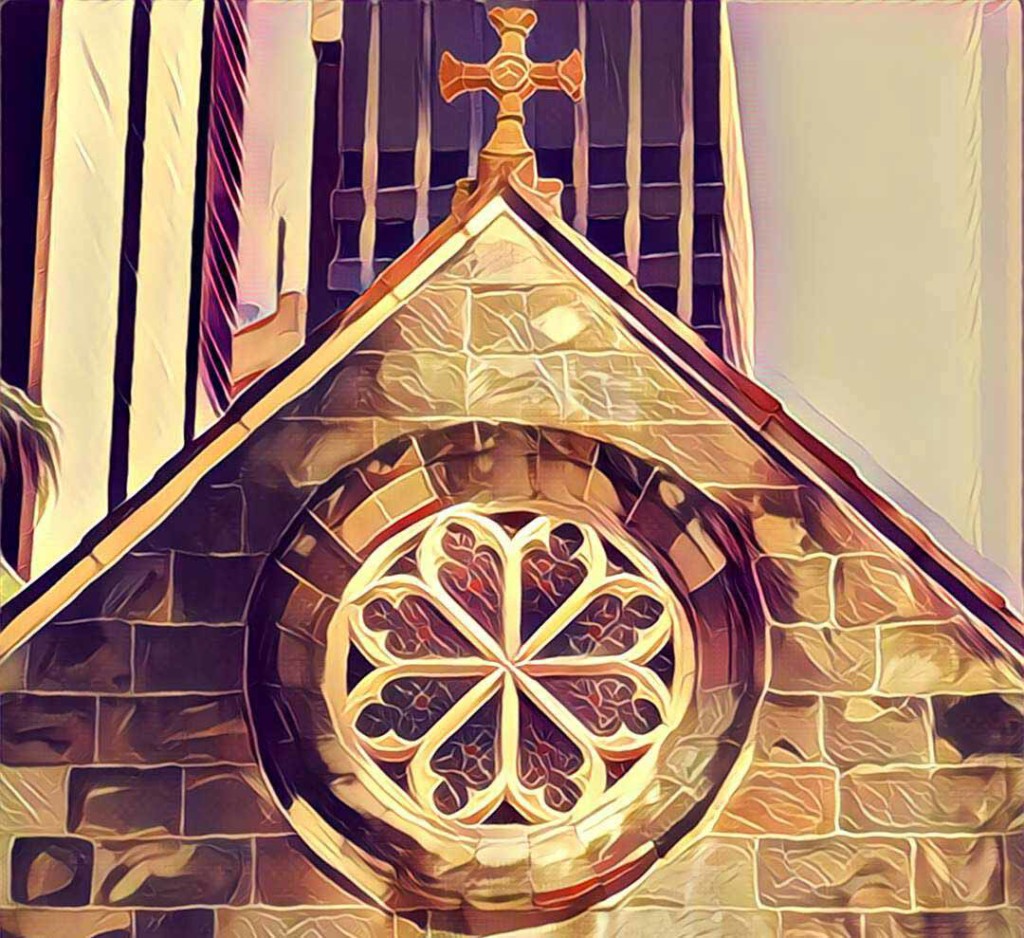 … Cathedral? No … meant St Stephen’s church. … must be close by … facing Charlotte Street.  Get to … front entrance. Run.

Whew, that was cool. The ability to think fast and act quick is a bonus in the Chosen One business. Getting to your chosen Nexus fast means you will have more time in it to find your omicron, because they form as soon as you decide on the location. But, this quest is not all brawn and speed like some B grade action movie.

Well, you have to admit a little more thought back there at Nexus one and you might have realized there were two St Stephen’s back to back. You were lucky this time, but taking the time to ponder might save you from jumping into the fire in future. Now, the church-cathedral muddle as well as the distance from the last nexus means this nexus is almost at the point of instability so I need you to move fast again. If this nexus collapses before you capture the omicron and choose your next nexus we’re sunk. Somewhere on the exterior of the Church is a flat circular shape surrounding a pattern or symbols. Capture its image with this communication device, or draw it. That will enable me to access it. Yeah, there are rather a lot of crosses on the steeples, but it’s the circular shapes you want. I know there is more than one of those, so you gotta use your chosen one instincts to select the one that calls to you.

Yeah the circular shape is an omicron. The cross is just a cross. You’ll need to minimise this application and open the camera program to take a picture or you can just draw it if you have that functionality.

Yeah, I am tense because you are the last chosen one which means that if you are not THE Chosen One, your race is doomed, and not just your race.

No, I’m not keeping you in the dark out of perversity. There’s only so much time in each nexus and there’s an order in which I am able to offer the information I have.

Of course you have an enemy. What sort of self-respecting quest would this be if you didn’t? But at this moment it is neither focused nor organised.  However your presence in any Nexus will draw them.

Yeah I said them, but let’s not dwell on that. The best thing you can do right now is to get moving.

Yeah, gathering Omicrons is the point of the quest. Each of them echoes the form of an ancient Omicron, and each contains a little of the original’s power.  You can recognise them by their shape and they will always be circles containing other shapes or patterns. The omicron need not be small too, it can be a garden bed or a construction of some kind. There’s one in every nexus and you need to trust your instincts as a chosen to find them.

Yeah, I know I’m supposed to be your guide, but I can only guide you to nexuses.

What? No I’m not American or Australian. I have a translation capacity that mimics not only the language but accent and other aspects of the current chosen’s primary language as a means of inducing empathy. However there seems to be a fault in your device. The language is fixed at English and female, but it is randomly defaulting to aspects of the manner of speaking of previous Chosens.

Yeah, there have been others, but seriously, this is not the time or nexus to talk about accents.

Who am I? Well, let me define myself by my abilities. But keep looking for the omicron. Until about ten minutes ago when you fatefully decided to buy a stamp, you were on your way to meet a friend you’ve mostly known as a co-combatant in cyberspace where you both engage in a somewhat limited but undeniably engaging computer game called, The Hoard. For it you constructed a Titan avatar and your friend Kumiko reinvented herself as a warlock called Caliban, with fetching chameleon hair. Your game name is Red because your avatar has a red tattoo in the middle of the forehead.

No I’m not a stalker, cyber or otherwise. I have access to the game and its players because I have broad access to all human technology. That is how I know your history- all those email messages and anonymous posts from your secret twitter account. Every like and comment. That’s how I read the email message Kumiko sent, telling you aliens have landed and she needs to talk to you.

You’re running out of time, capture the omicron now.  I suggest you start by focusing around the doors and windows of this building. Omicrons are connected to openings. Try outside first and then inside, if you must. Hurry now, because this nexus is starting to buckle. And you do not want to be here when it collapses.

Cleverly thought out. Yes, a nexus can only form where there is an omicron and each omicron is linked to two others, hence the two choices.

I don’t know why some omicrons are weaker and others are stronger. But it’s the total of their strength that’ll matter at the end.

You got it? Cool. The two possible Nexus locations from this place are the Old Commissariat Store and the Botanic Gardens. There’ll be some danger at the Botanic Gardens because there are more open spaces and you’ll have a large area to search in, but the Omicron there is very strong. The Old Commissariat Store is far weaker but it is closer and there are no enemies near it at this time.

Study your map and make your way to your chosen location.

Nexus 3C: Old Commissariat Store where the omicron is weaker, but closer and lacking the enemies in the garden? If this is your path head right up Charlotte Street and follow it to the top, pass through the laneway across the road to William Street, then carefully cross William Street to the Store.

Nexus 3D: Botanic Gardens, the more dangerous, which has a stronger omicron but a larger area in which to find it? If this is your choice head right up Charlotte Street then turn left on Edward Street, then enter the Botanic Gardens at the end of the street.