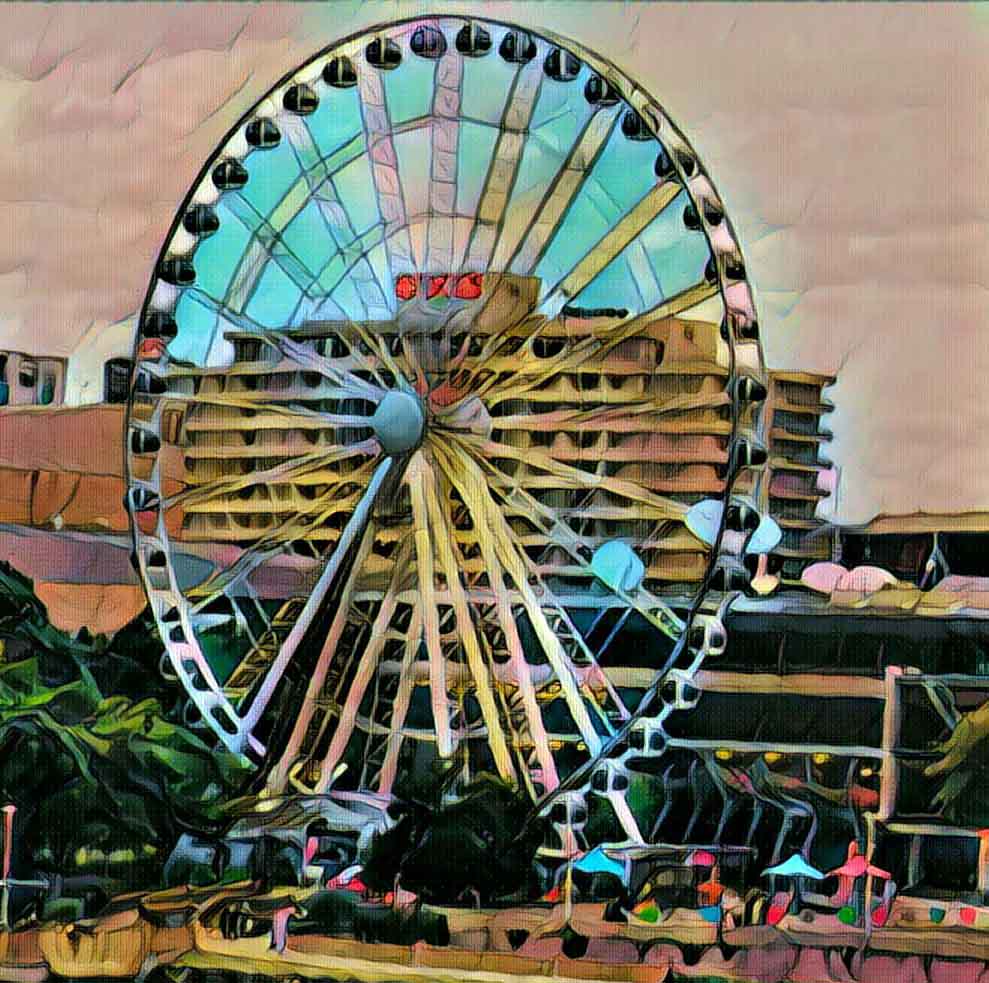 Ok, you have walked a long way and you are tired, but you have a way to go yet and you really need to keep your wits about you in this nexus. Cross the bridge using the left footpath. Stay on the footpath. Do not be distracted by the crowds. Do not move quickly as there are affected here and their senses are attuned to anything moving at speed.

No you misheard me. I said the affected between you and the nexus were few, I didn’t say that there were no affected inside the nexus. I will remember in future that you believe this distinction important.

Yes, they are trying to affect everyone but their main motivation is to find you, the one person that can stop the spread of the virus. Think of them as white blood cells drawn to a germ and you are the germ.

I know the traffic is at a standstill. There is not an accident. There are several cars ahead that have been abandoned and no police have responded to the calls. They are otherwise occupied.  Other directed, in some cases. Yes I can see that there are several policemen here but…

No! Do not ask a policeman for help! Most of the police are affected. Like people in suits, people who wear uniforms are prime targets for the virus because their minds are already shaped along the lines of the metamorphosis. This means that they will move more quickly through the stages, so you need to get out of here quickly, but without drawing attention.

Wait, some of the police have reached the second stage. They are aware that you are near and that is why they are rounding people up. They will have summoned a third phase affected. You are in great danger.

Do not run. Continue slowly towards the Cultural Centre Bus Station. They won’t be able to track you actively until the third stage of the metamorphosis begins.

I said don’t run! Keep moving and don’t shy away so obviously from people. Obvious evasive behaviour will draw the attention of any affected.

No it is not your imagination that it is getting dark, but don’t count on the street lights registering the drop in light and coming on.  The grid is down on the west bank. The power failure and the darkness are the result of pieces of the 15th dimension storm that tore a rift in the matter separating dimensions. It is affecting many places in your world simultaneously. There are floods in the centre of Australia and in Russia, and a heat wave at the poles, but no permanent damage will be done, if you succeed in your quest.

The omicron? If you have not seen and captured it with your device by now, remember it’s not on the bridge but seen from it, you must leave it.

That was close, however I’m not sure that person was affected. The screaming and weeping are not characteristic affected behaviour. No the affected are not turning into cockroaches. What odd ideas your kind have.

Kumiko has contacted you again, she and several scientists are locked in a lab. They have affected trapped in a cage and are trying to figure out what is wrong. I have responded on your behalf, begging her to flee and leave the affected as the one they have captured is at the second stage and will be summoning others.

Yes, what one knows all know. They are connected, even though they are at different stages.  But each stage can only summon the next. A first stage affected cannot summon a third stage.

Yes it is a chain of command. But you are stalling. It is time for you to choose between locations for the 5th nexus. One is GOMA has a  few lone affected roaming on the ground that I can sense, but there is now a gang of men and women forcibly gathering people about them to form a vigilant army. They believe the country has been invaded.I If they take you away from the quest your link with me there will break and there is no hope for us, so take care to avoid them if that is your choice. The other location, Streets Beach in Southbank contains a potent omicron, but there are two second phase affected in the region, which you will have to avoid.

Quickly, make up your mind, Kumiko has refused to flee from their trapped affected. The only way you can help her now is by seeing this quest to the end as quickly as possible.

Nexus 5D: GOMA? It is closer and there are fewer affected on the ground, but you will have to avoid the mob of aggressive people who could turn you from the quest. If this is your path continue across the bridge then take the pathways down to the water. Turn left under the bridge and follow the board walk until you reach an elephant standing on its head.

Nexus5E: Streets Beach? This nexus contains a potent omicron but you’ll have to avoid many stage two affected to reach it. If this is your chosen nexus continue across the bridge and follow the pathways to the water. Turn right and follow the boardwalk until you reach the artificial beach.