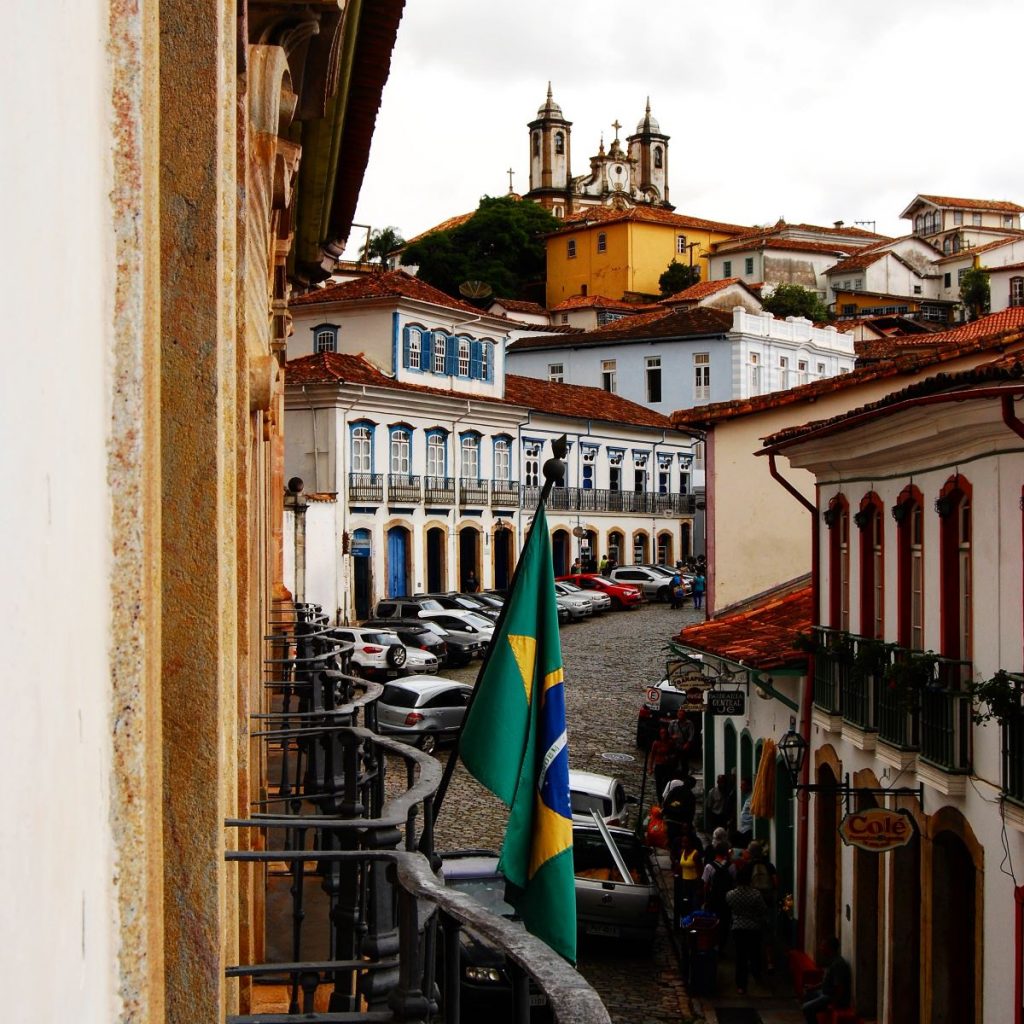 The Casa dos Contos was built between 1782 and 1784, and was the residence of the tax collector at that time. It has housed many things since then including: becoming the seat of administration and public accounting for the Captaincy of Minas Gerais; it was expanded to include the House of Casting and the House of Currency overseen for the Secretary of the Treasure for the National Treasure. In the late 1800’s it became a post office. Then in 1970 a city hall. And finally, in 1973, the Ministry of Finance took over the property once again and transformed it into a museum which shows the economic and fiscal history of the Gold Cycle in Brazil. It is also a significant site for the Inconfidência Minera rebellion, for this casa served as a hiding place for the rebel members.

“The most important [rebellion] was called Inconfidência Minera. And the guys, you see there is a hanged guy in the [Tiradentes] square? This is the Tiradentes, no. He was like a militar, and that was the only one who was sentenced to die, no?”

While Tiradentes was the only one sentenced to die, the other 10 leaders were shipped off to overseas postings for punishment.

“Were sent priests to Portugal, Lisbon, and the others to Gaul, Africa, whatever, no? Those Portuguese colonies.”

But we’re getting ahead of ourselves. At the time of this Inconfidência Minera, political instability was rife across the world.

This revolution was much bigger than the one Marcelo described in Tiradentes square.

“The movement was bigger and involved the most important people in the town, involved the secretary, involved the judge, the ombudsman of the town. Involved the very high people, high priests. But there was a question, and so the question in between them: if the revolution was succeed, the people who owed the Crown would be still in debt with the new government. Most of them say yes, [however] some people owed a lot of taxes. And they just want to get rid of those that, no? And they all say, no! You have to pay, because otherwise how we gonna run the country? I don’t have any, we don’t have anything left, you know the Portuguese will take it all when they leave. And because of that, it was a split in this very closed society.”

So that was the great dilemma between the leaders. Some owed large amounts of tax to the crown and they wanted those debts wiped when they took over the country. The others knew that they would need that owed money to run the country, once the Portuguese left.

“And one of them, Silvério dos Reis decided to, betrayed, all of them. In exchange of been forgiven of all the debts that he had.”

Silvério dos Reis decided the best person to betray them to was the Crown’s main representative in town. The Count of Barbacena, a Viceroy.

“Count of Barbacena. He went to this Count, who was a Viceroy, and he accused the people and nothing happened.”

Nothing happened because the Viceroy had already been approached by the rebels and promised he would be the king of Brazil if he lent his support.

“He was told that if he supported the revolution, he would be the next… king. His secretary was one of the heads of this movement and all the people connected to him were involved in this movement. It was a big movement. This Silvério dos Reis, he had to denounce it like three times for the guy to heard.”

The Viceroy, seeing that the betrayer would eventually get his way with or without the Viceroy, decided to capture and prosecute the rebels. But it meant he needed to get rid of the leader who had negotiated with him, a lawyer who knew his plan to betray the crown and become king.

“One of the guys that were arrested first this, Alvarenga Peixoto. He was a very important lawyer and he did a lot of service for the crown and there was very connected with this Count, and they said that he was the one who talk to the Viceking trying to put him into the middle of the thing, you know, tried to get him back to their side. And this guy was arrested but was kept in Casa Dos Contos.”

Casa dos Contos is the building you stand before.

“Completely different from the rest of the people. And the next morning he was found hanged. So, they say that they suicide him because he was the one that could tell the story.”

You can actually tour this building for free and see the dungeon downstairs where he was hung. The leader of the revolution Tiradentes was the only one officially executed for their plans.

“This Tiradentes, he was hanged in Rio de Janeiro. And then they cut his body in pieces and left each of the… the leg in Barbacena, the… they take the head here, no? Then the head was put in, like a small cage, no? Up in yes, in Tiradentes square. There in that square, but someone just took the head at night.”

Rebellions rarely seem to have a happy ending here in Ouro Preto. Our next stop in our history and local tales tour is Our Lady of the Rosary Church, Igreja de Nossa Senhora do Rosario. Stand at the entry of the museum facing the street and go right over a small bridge. Turn left onto São José, that’s José spelt J-O-S-E. At the T-intersection turn right on to Getulio Vargas, and follow it to an intersection of five streets. To the left is a church with a rounded front.