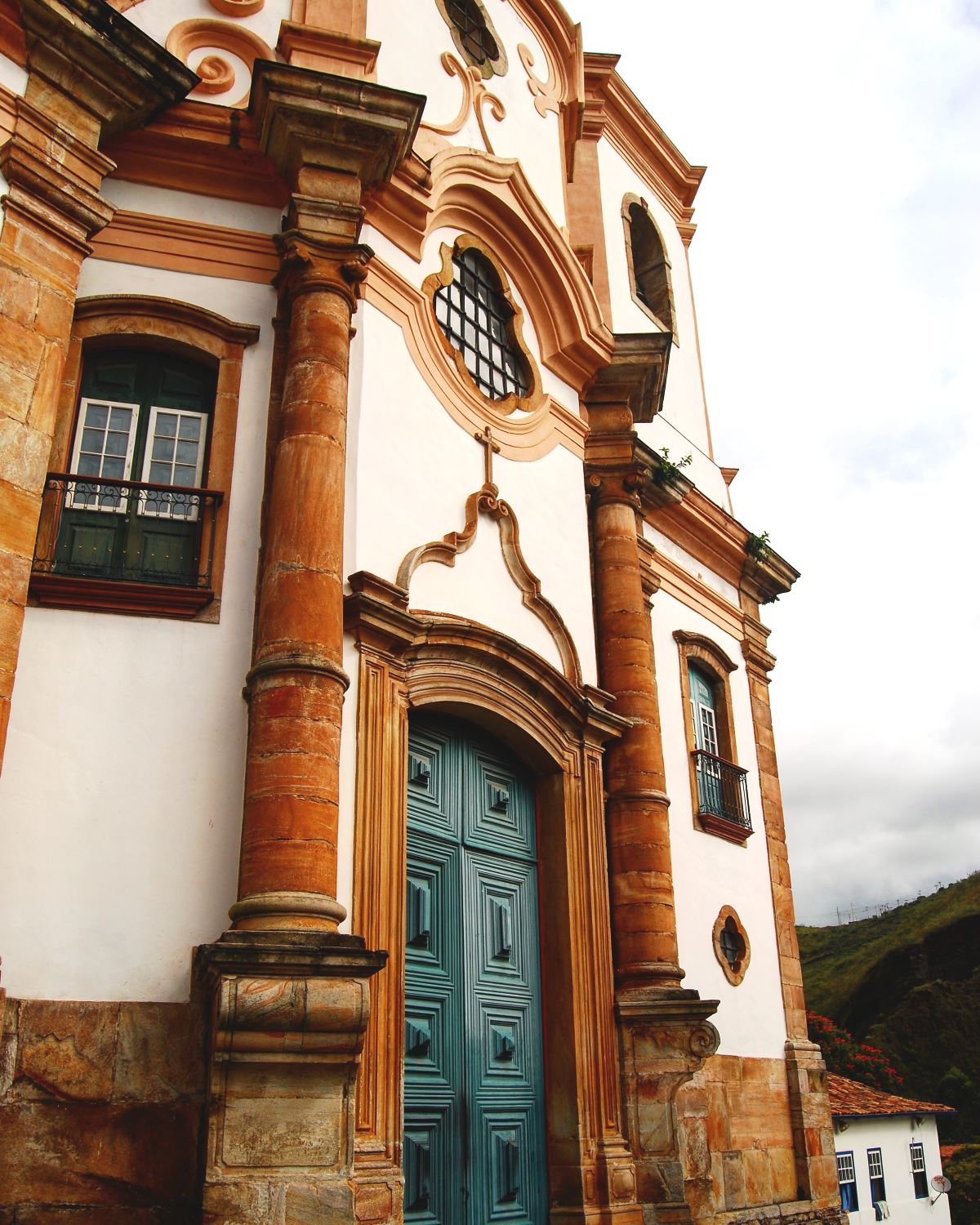 Pilar Church, Igreja Matriz Nossa Senhora do Pilar, is one of the most well-known Catholic churches erected in town. The incredible amount of gold on its altars, more than 400kg, and the richness of the details of its altarpiece, make it a wonderful example of baroque Brazilian architecture if you get the chance to go inside. If you do go inside, pay attention to the optical effect in the figure of the Lamb of God on the ceiling, one of the arms of the cross seems to change sides as you walk. Pilar Church was the richest and most populous church in Ouro Preto, as it gathered the largest number of brotherhoods, and therefore received the most ornamentations. Each of the brotherhoods had specific places in the temple to express their faith.

Like in our last stop, Pilar Church was built around an original chapel. This chapel was then demolished between 1731 and 1733, and during that time the Blessed Sacrament for the church was housed in the Our Lady of the Rosary church at our last stop. When they were to return this Blessed Sacrament to Pilar Church, they held a big festival and procession called the Eucharistic Triumph, which became a famous event in Ouro Preto history. The town was so thankful to the Our Lady of the Rosary chapel, that they granted them the parcel of land which was used to build their church.

However, the riches of Pilar Church were almost lost to time.

“Pilar Church. They just discovered that this gold, I think was in [the] 1960s, because they made the resurrection of the church.”

“And then, they saw that the plaster was covering hundreds [of] kilos of gold, no? And they covered it with plaster because they were afraid that the Portuguese would take this gold to Portugal, you know? But they just forgot about that. It stayed like 70 years covered, no?”

So, I suppose that someone would have accidentally dropped a wrench or something and cracked the plaster to expose the gold?

“This is definitely true. Even the houses they find some… they used to find some pots of gold, and gold hidden, you know? Cause you have to keep in mind that no one wants to pay taxes, especially here.”

Especially the whole world, I think. Following the gold trail, we’re going to head back to Tiradentes Square and the mineral museum at the top end, for more tales about gold and the ever present mines in Ouro Preto. To get there, make your way to the back of the church and take Do Pilar Street on your left which heads up the hill. Head straight through the five-street intersection, taking Cel Alves street as it turns right up the hill and leaves you next to the Museum da Inconfidência. Head to the statue in the middle of the square of the hanged Man.