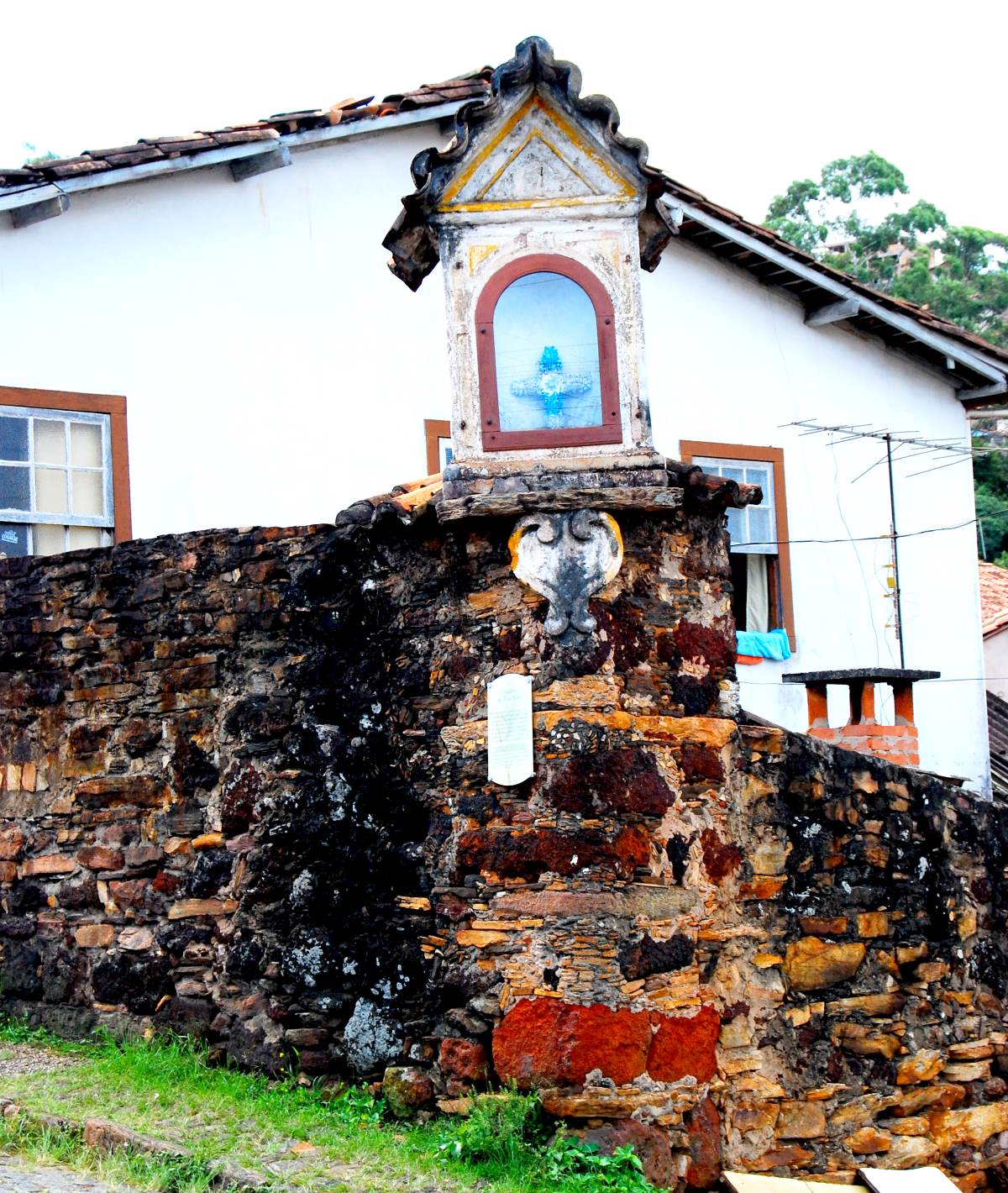 Oratory of the Vira Saia

In the house on the corner of this street lived a famous gold robber, Antônio Francisco Alves, also known as Vira Saia, the skirt-turner. You will see an Oratory on the stone wall, a little shrine which was built on public roads as a way to ward off evil spirits and bring prosperity to the residence. This particular Oratory is dedicated to Our Lady of Souls and once had a female saint in it.

In the early years of the gold rush it took 85 days for a gold convoy to reach the coast and ports. So, the Portuguese’s first priority was to build a road through the mountains to Paraty, which became known as the Royal Road and reduced the journey to 35 days.  Another road was completed to Rio in 1725 such that there were two ways to leave Vila Rica, the old name for Ouro Preto. This intersection was where those two roads diverged out of town, and where the gold bound for Portuguese ships would travel. For each shipment, they would send out the real gold convoy, and a fake one filled with sand.

“First you see there is a square path with a cross in the middle. And in that place, a little bit above in the corner there is a big stone wall, and then up, in the intersection of, just in the corner, there is a niche with Our Lady there. And it’s called the Vira Saia – the turned skirt. And it was because some people who worked for the government in the Casa Dos Contos, melting the gold to be shipped to Paraty, and to Portugal. This was like the shipment convoy, it was something kept [as the] highest secret. Of course, because there were a bunch of thieves here, no?”

Of course, one of the officials in the Casa dos Contos figured out a way to transmit this information to thieving accomplices…

Never a dull moment in Ouro Preto! Our second to last stop is Santa Efigenia – the church built for the slaves with some very… unique icons. To get there, continue to follow this road up to the top of the hill where you will see the church on your right.