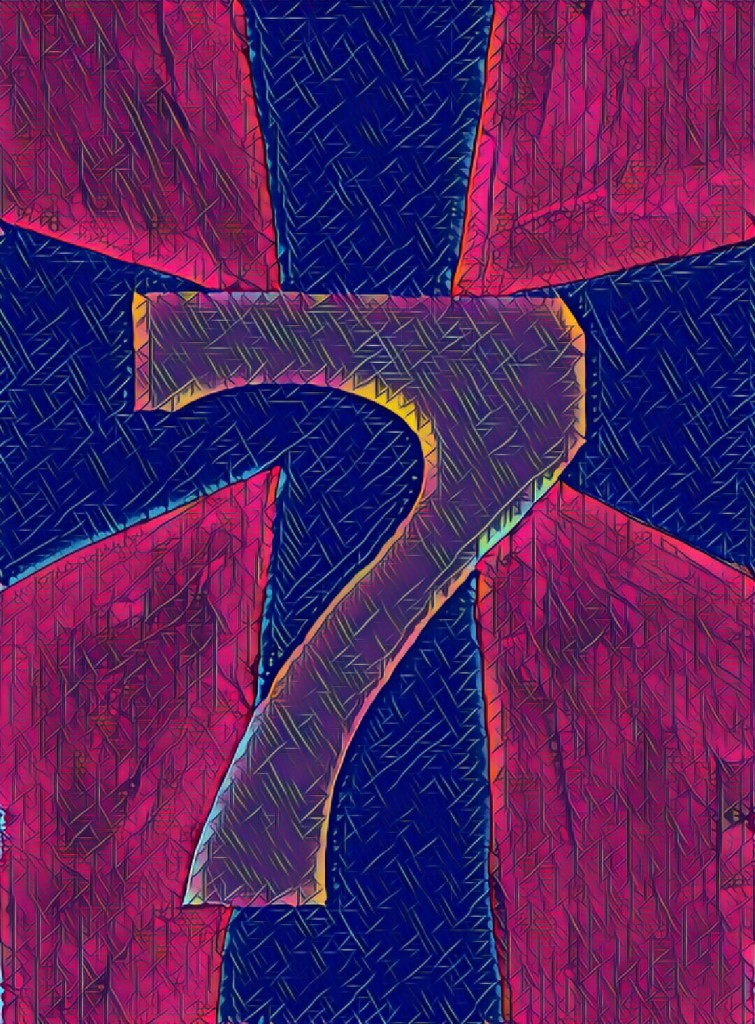 As you arrive at Kidspace the smell of barbequed sausages tingles your olfactory nerve. “I thought I was at a park, not Bunnings,” you say to your companion, or no one at all. Walking towards the large fort, the sounds of children playing get louder. A stray balloon floats past you in the breeze, and as you turn to watch it, a child on a scooter almost takes you out.

Skirting round the fort in a clockwise direction you narrowly miss being hit by a piñata stick wielded by a blind-folded 7-year-old. “It’s like a warzone,” you say as a shower of tanbark lands in front of you. You bend to gather your own mini-arsenal of tanbark and put it in your pocket for later use. Just in case.

As you dust off your hands, your eyes are drawn to a monument east of the fort. An oversized number 7. Curious, you walk over to it.

There is something truly intriguing about this number seven. You walk the concrete path around it, viewing it from all angles. Staring at it until your vision goes blurry, the monument morphs into a soldier. You look about, startled as the rest of the park shimmers and changes too. The fort disappears, the only piece of remaining play equipment is the lotus-shaped merry-go-round. Elsewhere are rows of tents, latrines, long open-sided canteen buildings and parade grounds with gun-toting troops marching and doing drills. But instead of the green camouflage print fatigues of today’s army personnel, these soldiers wear plain khaki drill.

You don’t know much about guns, but the weapons the troops are carrying look like they belong in a museum rather than on a battle field, much less a suburban park! You whack the side of your head several times, but the scene of a 1940’s army training camp remains, with you firmly planted in it. You turn back to the original soldier the monument transmuted into and see he is sporting a rising sun badge with the words “Australian Commonwealth Military Forces” on his slouch hat and a very sour expression on his face.

“Another sorry looking bunch of recruits,” he grumbles, looking down his nose at you over an unnecessarily bushy moustache. “Everybody wants to be inducted into the 7th Brigade, but not everyone has what it takes. To see what you’re made of, I’ve devised a short obstacle course. Try and make it across the spinner without falling off. Then skirt around the latrines, scale the fence to the airfield and await further orders at the landing strip on the western side of the brightly painted wall. What are you waiting for? I’ve already started my stopwatch!”

His military tone prompts you to jump into action and you take off at a sprint, hurdle the merry-go-round (failing dismally), run along the path in front of the toilet block and continue straight over the barrier to arrive at graffiti covered tennis practice wall.