Accidentally triggered the wrong location? Don’t panic! Continue to follow the map to AA10 to attain your unimaginable power in Union Lane. 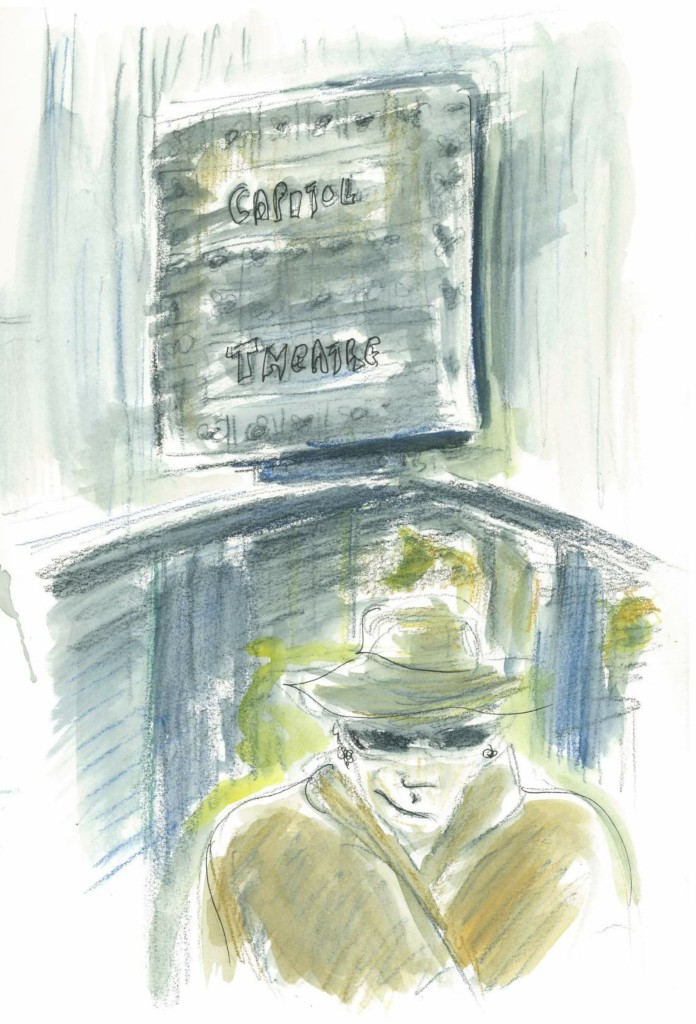 Hat and Glasses stops at the corner of Howey Place and Presgrave Place. Presgrave is shabby, unimpressive, but you are learning not to trust the outward appearance of these places.

“You chose well,” your companion says after a moment, and points up to a square metal sign set on the wall. “Look here.” The sign says CAPITOL THEATRE.

“Remember what I told you, first. And remember, next, Maricha died because Prince Rama thought anyone practising magic must be evil. But golden deer need not die.” And then the disappearing act again, vanishing like a wraith, leaving you fuming. What are you supposed to do? What were you told first? Then it comes to you…

Not the society – the pin Hat and Glasses gave you! It was a classic test of honour, then. You sigh, then smile and take the pin from your pocket. It burns hot, and the CAPITOL THEATRE SIGN makes a grinding sound, then falls with a sharp clang onto the cobbles. Behind it is a recess, and in the recess is something that gleams gold. You reach in and take it out. It’s another golden deer, but not a pin, a beautiful little toy-sized one, heavy, very valuable – its ruby eyes gleam up at you. Are you supposed to destroy it? You can’t bring yourself to. But, you remember, Hat and Glasses said you didn’t have to. You stroke its head absently, affectionately, as you think, and it shudders under your hand. You look down and gasp. It’s turned from gold to wood. It’s still beautiful, if more ordinary. Your golden deer pin has turned to wood, too. The tarnish of evil power gone, it would seem. Leaving what? You turn the deer this way and that, and see that words have appeared on the belly of the deer:

You are now ready for your true apprenticeship as a magical investigator, along with the others who cherish power but don’t abuse it. I’ll be in touch soon. Maybe I’ll even tell you my name, one day.